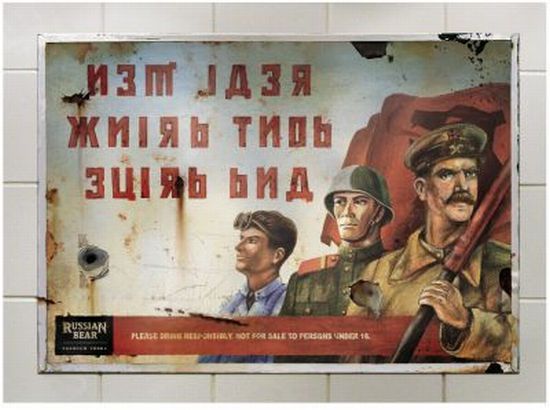 Featured > Putin or Medvedev – who is the boss?
Featured

Putin or Medvedev – who is the boss?

Dmitry Medvedev is Russia�s new President. But what kind of President will he be? Will he wield actual power, or will he just be Putin’s right hand man?

Dmitry Medvedev is Russia’s new President. But what kind of President will he be? Will he wield actual power, or will he just be the right hand man of outgoing President Vladimir Putin? Does the Bear have the stamina to survive in the bear-pit of Russian politics?

The way I see it, there are three broad possibilities for the coming years.

1). Putin is really the boss, and he intends to stay the boss. Either Putin will gradually shift power to the office of Prime Minister, or he’ll run for the Presidency again in 2012 after a caretaker Medvedev Presidency.

2). A planned transfer of power to Medvedev. Either Putin plans to gradually groom his successor, or he plans to surprise us all by retiring from Russian politics in May, while he is on top of his game.

3). An unplanned transfer of power to Medvedev. The Presidency is a constitutionally more powerful role than that of Prime Minister, and Medvedev may fancy his chances of success if he can slowly build his real power base to challenge Putin’s influence. 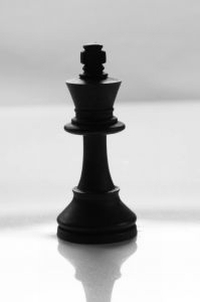 Let’s face it, pretty much everyone in the West, and probably most in Russia too, thinks Putin plans to remain Russian top dog for some time to come.

Putin is, after all, a man in his political prime. He is regarded at home and abroad as the architect of Russia’s recent revival (even if the seeds were really sown during the last years of the Yeltsin Presidency, and watered by downpours of oil), and is immensely popular among the Russian electorate.

If I was in Putin’s shoes, I probably wouldn’t want to retire either.

So, if you’re President who has to resign at the end of his second term, but wants to legitimately remain in power, what do you do?

Simple. You find another powerful job, and find someone both reliable and malleable to take on the role of President. In this case, Putin has picked the role of Prime Minister as his ideal job, and Dmitry Medvedev as his reliable, yet malleable Presidential sidekick.

As Prime Minister, Putin has all the official constitutional excuse he needs to wield power. And, working with a President whose power base is thought to be pretty much non-existent beyond Putin, he shouldn’t face any real competition for power. The advantage of being Prime Minister, of course, is that there are no term limits. If he wants to, and he can pull it off, Putin could stay as Russia’s PM until the day he dies.

However, the disadvantage to being Prime Minister is that, technically, he serves at the discretion of the President. If Putin can’t find a way to change the constitution in the next four years, he might well consider that the safest option is to run back to the security of the Presidency in 2012.

2 – A planned transfer of power to Medvedev

Russia’s economy is booming – most people’s incomes have shot up during Putin’s rule, a middle class is forming, and the country seems awash with money. Of course, everyone thinks Putin is great.

But Russia’s wealth is built mainly on energy exports and record high prices for oil and gas. It’s economy hasn’t diversified, and the global economy is uncertain, at best. If oil prices crash, the Russian economy is likely to follow.

And if the Russian suffers another financial meltdown like 1998, guess who they’re going to blame?

Given the global economic uncertainty, now might seem a very attractive time for Putin to retire on top of his game, with his reputation intact. He could crack open the little nest egg he’s supposedly been stashing away over the past eight years and live a very comfortable retirement.

In this scenario, the only real question is when does Putin intend to retire? Does he intend to go out in a blaze of glory in May, or will he hang on a while to show Medvedev the ropes.

Going out in a blaze of glory has its attractions, of course, but it has its dangers too. Medvedev doesn’t have a massive power base and, while watching Medvedev struggle might have a certain appeal for Putin, it also opens him up to dangers. Putin has made many enemies during the past eight years and, in an uncertain country like Russia, protection is vital. A weak President can’t offer much protection.

It may well be best for Putin to hold off on retiring immediately, and spend a little time showing his acolyte the ropes.

3 – An unplanned transfer of power

For Russia, an unplanned transfer of power is probably the least desirable outcome – in the short-term, at least. Journalists probably love the idea, though, as few things sell newspapers better than an epic power struggle.

The position of President of Russia is a powerful one. As noted above, the President can technically fire his Prime Minister and Government at will. Both Vladimir Putin and Dmitry Medvedev know this.

Much has been made of Medvedev’s political weakness compared to Putin. He is widely regarded as Putin’s man. And, in a very real sense, he is. Without Putin’s sponsorship, Medvedev would probably be muddling along in regional politics, or have given up politics entirely in favour of a steady management job somewhere.

If he were to try and fire Putin this year, no-one would stand for it. Medvedev simply couldn’t rule today without Putin’s active support.

Will we see another battle for the White House?

Now that I’m back to blogging more regularly, I thought it was about time to resurrect the weekly roundup of my favourite posts from around the Russia blogs. Rather than keep calling it by its original dull name...

Russia’s first ever Rugby World Cup adventure is about to begin in New Zealand, and the Russian Bears will have the opportunity to test themselves against the world’s best. OK, so Russia are never going to...