Reviews of the best Russian iPhone apps – from metro maps to language learning, with a few games thrown in for good measure (yes, of course we’ve got Tetris!)

I’ve had my iPhone for almost a year now, and I’m constantly amazed at the quality and diversity of applications. So, I thought it was about time to review some of the best Russian iPhone apps I could find.

Below you’ll find metro maps for the traveller, language software from flashcards to dictionaries, games (including Tetris, of course) and more.

I intend to keep this page regularly updated with the best new Russian iPhone applications, so if you know of any that I’ve missed, please let me know in the comments below.

The Moscow Metro is such a beautiful place, but it’s massive and it can be an absolute nightmare to navigate – particularly if you’re new to Russia’s capital city.

The Moscow Metro App is a very simple iPhone application that provides you with an attractive bilingual map of the metro. As a bonus, it also allows you to search for the station you’re looking for – definitely useful, as the metro is so complex that sometimes it’s hard to find your way around even on the best of maps.

If you’re planning to go further afield than Moscow, though, you might find that iMetro is better suited to your needs.

As far as I can see, iMetro is the only iPhone app to cover all the Russian and post-Soviet metros, which makes it perfect for the Russian train geek.

When I was studying in Russia back in 2002, I went through 3 dictionaries. I flipped frantically through them so often they simply fell apart. And that was only when I was in class – a decent dictionary was too heavy to carry around for day to day use. I would have killed for a mobile dictionary, something the size of a packet of cigarettes that I could carry around with me all day.

SlovoEd’s English-Russian and Russian English Dictionary for the iPhone contains everything you’d expect from a dictionary. In addition to the standard words and their translations, you also get usage samples, synonyms, antonyms and references. In addition, because the dictionary is powered by the Oxford University Press database, you know you’re going to be getting a quality set of translations.

One of the areas in which the iPhone really excels is in its ability to replace flashcards.

I don’t know about you, but I remember spending hours putting together flashcards when I was learning Russian. I’d slowly write each word out in Russian and it’s English translation on the back, then I’d repeat the process over hundreds of cards. By the end of my stay, I was the proud owner of a massive box of cards – so big that I could only really use the flash cards my room.

Russian Flip solves that problem by creating Russian iphone flashcards. It has about 5,000 words, so is really suitable for the beginner or intermediate learner of Russian. As well as presenting you with random cards, it’s been programmed to show you the words you are weakest at more often, so you don’t waste time going over and over words you already know well.

And, if you ever run out of words, or need to learn some particularly technical words, Russian Flip allows you to add your own custom words.

Russian Flip comes in two versions – the standard version comes in at $5.99 and will be fine for most people. The deluxe version, known simply as ‘Russian’ for some reason, also contains audio, and will set you back $8.99.

There’s no way that any self-respecting roundup of Russian iPhone applications can be complete without mentioning Tetris, the Russian (well, Soviet really) game that rule them all.

iPhone Tetris makes good use of the touchscreen – a simple tap to either the left or right of a falling brick will cause it to rotate, while moving your finger either left or right across the screen will cause the falling block to move to (surprise!) the left or right. It’s an odd experience for old-school gamers like myself, brought up on playing tetris with a keyboard or a controller, but now I’ve got the hang of it, I’m as pitifully addicted to Tetris as I ever was.

As a bonus, if you get bored of shooting other tanks, you can also shoot what is described as a “destroyable 3D landscape”.

Tank Ace is one of the few iPhone games that you can try before you buy, with a simple demo that you can play over the internet.

Russian News is the ultimate iPhone App for news junkies like me. It pulls Russian language news feeds from Russian News sites including the BBC Russian site, Komsomolskaya Pravda, Argumenty i Fakty and more.

Alternatively, if you want to read your Russian News in English, you could use a customised version of Google News for the iPhone, or simply view my own Russian News Online webpage, which works fine on the iPhone 🙂 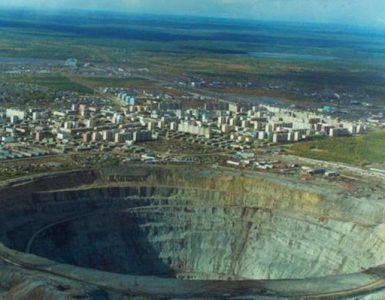