Russia’s first ever Rugby World Cup adventure is about to begin in New Zealand, and the Russian Bears will have the opportunity to test themselves against the world’s best. 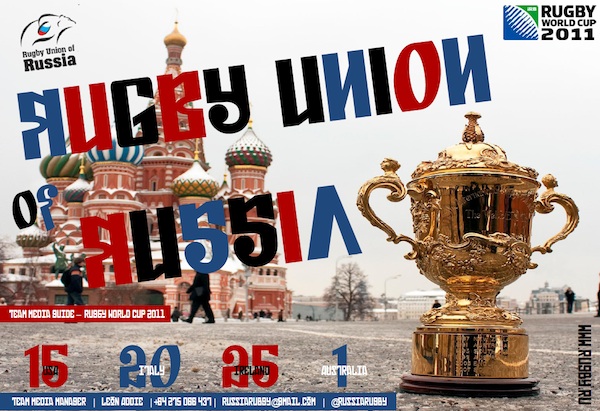 OK, so Russia are never going to bring the trophy back home to Red Square, like in the picture. But its going to be a great adventure and, as you’d expect from Siberian Light, we’ll be covering the Russian team all the way.

Starting with the battle of the superpowers – USA vs Russia – on Friday, all the way through to Russia’s match against World Champions Australia in a couple of weeks time, we’ll be bringing you previews and reports of every single Russian match.

As well as the best ongoing coverage, we’ve also prepared a few articles to give you all the background information about Russian rugby that you might need. From articles about the Russian squad to a detailed history of rugby in Russia, we’ve got it all at our Russian Rugby World Cup homepage.

Oh, and as a bonus, we’ll also be covering Russia’s neighbours Georgia, as they attempt to pull off a Rugby World Cup shock or two of their own.