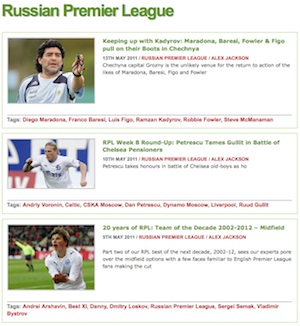 Killer Siberian Chipmunks have escaped from a zoo and are terrorising English housewives and cats.

We’ve seen a long line of scare stories about Russia from the British press. But this latest is truly terrifying. Apparently, a horde of killer Siberian Chipmunks are rampaging across Britain, after escaping from a zoo four years ago. The Sun has the scoop:

VICIOUS killer chipmunks that escaped from a British park four years ago have never been found – and could now have bred into a horde thousands strong, The Sun can reveal.

The news will confirm experts’ worst fears that the disease-ridden rodents, which are plaguing northern France, have already established themselves in numbers here.

About 30 of the deadly critters went on the run from Wellington Country Park on the Hampshire/Berkshire border in 2005.

This captured chipmunk is, as you can see, about to launch into a demonstration of the ninja skills he acquired in a secret KGB training camp, deep in the Siberian tundra.

Reports of chipmunk attacks are surfacing from around the country – one young mother who stepped outside into her back garden for a quick ciggie was forced to retreat to the safety of her kitchen after one unprovoked attack.

“Now I’m too scared to go in the garden and worried about the baby. I can’t even smoke because I don’t want to go out there.”

It’s not just British citizens that these foreign agents are after though – even the poor British domestic moggie is being terrified into wakefulness:

“The crazed critter dived through a hole in a fence and hurtled towards dozing Sage. The startled moggie sprang up and had to fend off the ten-inch long rodent in their garden battle.”

Luckily poor Sage survived to tell the tale, but others may not be so fortunate.

Especially if they come across one of the new breed of giant mutant Siberian chipmunks that have become so confident that they have started trying to infiltrate human sporting events. This Chipmunk tried to attack the crowd at an England vs Australia cricket game, but luckily our brave boys in blue (er, yellow) were alert to the threat. 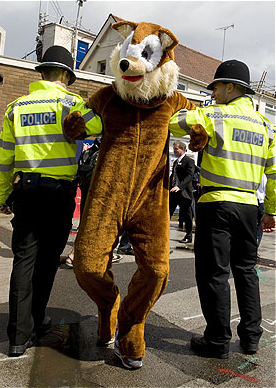