Don’t import a Siberian Tiger to a hot country. Things are bound to go wrong.

So, you’re a rich, politically connected Pakistani family, and you want a new pet. What could be cooler than a Siberian Tiger? 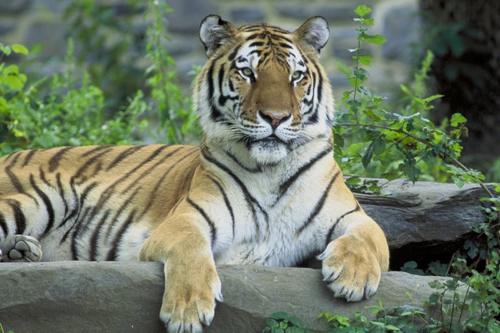 That’s what Suleiman Sharif, nephew of Pakistani opposition leader Nawaz Sharif thought. So, he went out and, in defiance of Pakistan’s ban on importing big cats, had a tiger shipped in all the way from Canada.

Of course the tiger, used to cooler, more Northerly climes, would need some special love and attention. So Sharif decided to build a chilled enclosure at his family’s private zoo. And that’s when things really started to heat up.

Although I’m sure the tiger would have loved rolling around in his specially built fridge, the Pakistani press was less than amused. It’s the middle of a heatwave in Pakistan, and the country’s electricity grid is struggling to cope. Regular outages mean that the air conditioning is off more often than it is on in many Pakistani cities, and people are sweltering.

Cue outraged editorials in Pakistan’s leading newspapers, castigating the Sharif family for their excesses – not for breaking the law and importing the tiger in the first place, but for flaunting their energy wealth in the faces of Pakistan’s poor and overheated.

There seems to have been a bit of a happy ending – the tiger has been donated to the World Wildlife Fund, who plan to place it in a zoo in Lahore. So far, though, no one has thought to mention whether the zoo that takes on the tiger will also need to build a chilled enclosure…

If you enjoyed this post, you may enjoy our post which answers the question where do Siberian Tigers live?