Blog > Is Chechnya sliding back into chaos?
Blog

A violent confrontation between the motorcades of President Ramzan Kadyrov and Badruddi Yamadayev threatens ignite yet more conflict in Chechnya. 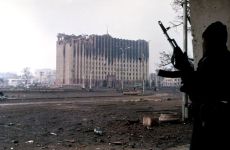 The simmering conflict between warring clans in Chechnya has exploded back into live over the past few weeks.

A violent confrontation between the motorcades of President Ramzan Kadyrov, backed by the Kremlin, and Badruddi Yamadayev, brother of a militia leader backed by the Russian Defence Ministry, threatens to be the spark that ignites yet more conflict in Chechnya.

The two rival motorcades (totalling close to a hundred cars) had the misfortune to be travelling in opposite directions on the same road, at the same time. And, in a war-torn country where image is everything, neither would back down to let the other pass.

(To get an idea of what a 50 car motorcade in Chechnya looks like these days, take a look at this video of another Ramzan Kadyrov convoy. In particular, look at the high performance cars – apparently, there are “at least nine Porsche Cayenne vehicles, two BMW 5 Series, two Mercedes S-Class, and eight Lexus GX 470 (or Toyota 100 Land Cruiser)” in the convoy. Cars like that don’t come cheap).

Anyway, one thing led to another and, soon, heavily armed bodyguards were exchanging fire. The Chechen authorities deny that anyone was killed in the skirmish, but the Reuters news agency has reported that up to 18 people – both bodyguards and civilians – were killed in the battle.

Anxious to avoid massive bloodshed, Kadyrov himself apparently stepped in to calm the situation. According to the Times, before they left the scene, both Kadyrov and Yamadayev exchanged a bear hug.

But looks are often deceiving in Chechnya. Kadyrov might have sensed that a battle on the road was in his interests but, once out of range, he ordered 300 Chechen police to surround the base of the Vostok Battalion, headed by Yamadayev’s elder brother, Sulim Yamadayev. A three day seige ensued, during which two members of the Vostok battallion were killed.

At the same time, Kadyrov began a war of words, accusing rival Yamadayev and his brother of abuductions and murders. In a statement he announced that:

“As president I have summoned law enforcement heads and asked them why the Vostok battalion is ‘commanded’ by Badrudi Yamadayev – a man who should be in jail, but instead is walking around armed to the teeth and committing further crimes.”

The Speaker of the Chechen Parliament, a Kadyrov ally, has also called for Yamadayev to step down as commander of the Vostok battallion.

According to media reports, Badruddi Yamadayev escaped the seige and is in hiding.

Is the Kremlin losing control? 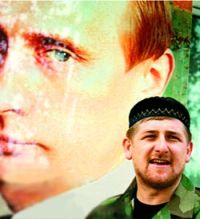 But a violent confrontation of this magnitude in Chechnya is a massive embarrassment for the Kremlin and for Putin personally.

At best, this month’s conflict demonstrates that Kremlin no longer has control of the situation in Chechnya.

At worst, though, the conflict could demonstrate that the Kremlin does not have control over even its own Defense Ministry. The Vostok Battallion is backed by the Defence Ministry and, as such, is the only (legal) militia in Chechnya not under the direct control of either Kadyrov or the Kremlin.

“One is under the orders of the presidential administration, the other is under the orders of the Defense Ministry. What prevents them from summoning both these people and telling them, ‘You take your troops here, and you take your troops there’? This would take about 20 minutes,” Martagov says. “Either they don’t want to do that, or they have absolutely no control over the situation there.”