Blog > Hammer and sickle over the Reichstag, 1945
Blog

Hammer and sickle over the Reichstag, 1945

On 30 April 1945, Mikhail Petrovich Minin scrambled to the top of the ruined Reichstag to raise the Soviet flag. Unfortunately, he didn’t have a photographer with him…

At 10:40am on 30 April 1945 Mikhail Petrovich Minin scrambled to the top of the ruined Reichstag, and raised the Soviet flag. Unfortunately for him, though, the flag came off the next day during a desperate German counter attack.

So, ever mindful of the benefits of a nice bit of propaganda, two days later on 2 May the Soviets sent two different soldiers and a photographer up to the roof to do it properly. 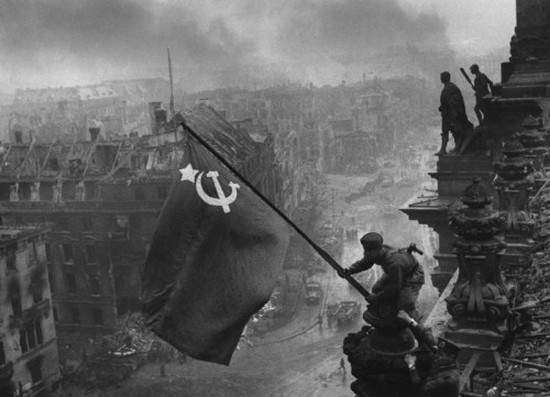 The two men in the picture above are Meliton Kantaria (holding the red flag) and Mikhail Yegorov (less glamorously holding up Kantaria). Both were chosen for political reasons – Kantaria because he, like Stalin, was a Georgian, and Yegorov because he was a Russian, and represented the glorious motherland.

The now iconic photograph was taken by Yevgeny Khaldei, a Ukrainian war photographer who had been planning the shot he saw as his ‘Iwo Jima’ throughout the German advance on Berlin. In fact, he was so determined to get the perfect shot that, unable to find a good enough Soviet flag, he used a red tablecloth instead. The hammer and sickle was painstakingly sewn on by Khaldei and his uncle, back in Moscow.

Khaldei continued to work as a photographer for many years – mainly for Soviet news agency TASS – until anti-semitism forced him into retirement.

Khaldei died in 1997, aged 80. Despite taking one of the most famous pictures in world history, he never saw a penny in royalties. 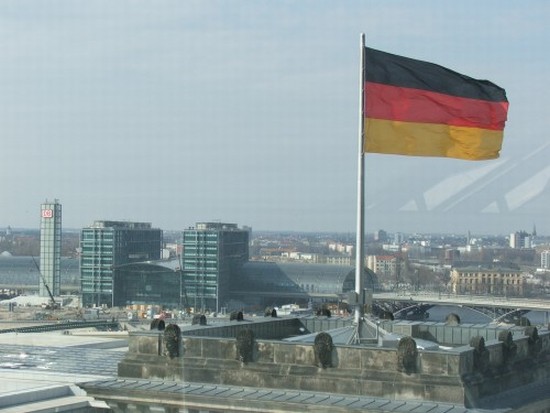