US Presidential candidates on Russia

What the top US Presidential candidates really think of Russia and Putin, from the sensible to the downright stupid. 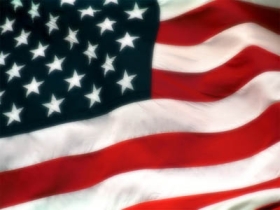 Russia isn’t the only place holding a Presidential election in 2008, you know. The more eagle eyed amongst you may have spotted that there is a rather trivial contest currently taking place in America.

It’s Super Tuesday today in the US so, in the interests of making sure that all elections are covered fairly, I thought I’d take a look at what each of the remaining US presidential candidates has to say about Russia and about our hero Vladimir Putin, the mighty President they all hope one day to emulate…

Let’s start off with the Republican candidates. And, it must be said, some of them have some very strange views indeed.

First up is Mitt Romney, who really knows how to spew out the verbal vomit. Take, for example, his response to the news that Time Magazine had nominated Putin as their Person of the Year:

“Oh, you are kidding. That’s disgusting. I’m absolutely – I mean, are you – I mean, I haven’t seen Time. Are you serious?”

But at least he recovered his composure enough to tell us just why he was disgusted:

“Well, you know, he imprisoned his political opponents. There have been a number of highly suspicious murders. He has squelched public dissent and free press. And to suggest that someone like that is the man of the year is really disgusting. I’m just appalled.”

At least he’s concerned. Ron Paul, the doggedly determined outsider candidate, seemed to be more concerned with demonstrating his independence from mainstream thought than actual politics when he became the sole member of the House to vote against a 2007 resolution that noted…

…the disturbing pattern of killings of numerous independent journalists in Russia since 2000, and urging Russian President Vladimir Putin to authorize cooperation with outside investigators in solving those murders.

Ron Paul excepted, the Republican party line seems to be ‘we don’t love Putin’. Mick Huckabee is no exception. When asked about Putin’s infamous topless fishing picture, Huckabee confessed his true love for another:

“While I am impressed with the fact he can get out and go fishing, the shirtless photo doesn’t do anything for me. Now, if it was a picture of Scarlett Johansson, that would be another story.”

The Republican prize, though, has to go to old-timer John McCain, who drew on all his years of experience to look deep into Putin’s eyes and see more than just his soul:

“I know Mr. Putin. I’ve looked into his eyes, and I saw three letters — KGB.”

McCain’s not just about the soundbytes, though – he’s able to resist the urge to get all hysterical and give us considered analysis as well:

Putin is going to cause us a lot of difficulties…I don’t think it’s going to be a return to the cold war, they don’t have the population…anything that would bring around the kind of military might that they once had, even with the petrodollars….but they are trying to reassert the Russian empire…and they are going to be a thorn in our side.

As I write this, there are only two Democratic candidates still standing – Hillary Clinton and Barack Obama.

Hillary, as you might expect, trots out a tired soundbite:

“This is the president that looked into the soul of Putin, I could have told him, he was a KGB agent, by definition he doesn’t have a soul, I mean this is a waste of time, right, this is nonsense.”

Now where have we heard that before?

Clinton seems to have pretty much given up on the idea of promoting democracy in Russia, too:

I’m interested in what Russia does outside its borders first. I don’t think I can, as the president of the United States, wave my hand and tell the Russian people they should have a different government.

At least Barack Obama finds time to talk policy about Russia, even if he is dull, and manages to slightly contradict himself:

We will not pursue unilateral disarmament. As long as nuclear weapons exist, we’ll retain a strong nuclear deterrent. But we’ll keep our commitment under the Nuclear Non Proliferation Treaty on the long road towards eliminating nuclear weapons. We’ll work with Russia to take U.S. and Russian ballistic missiles off hair-trigger alert, and to dramatically reduce the stockpiles of our nuclear weapons and material. We’ll start by seeking a global ban on the production of fissile material for weapons. And we’ll set a goal to expand the U.S.-Russian ban on intermediate-range missiles so that the agreement is global.

So, there you have it. You can now make a considered decision as to which candidate best represents your views on Russia.

But, before you go, just a quick reminder of why these six candidates have survived this far – they’re not as stupid as Bill Richardson:

“If I am elected President I will… seek immediate negotiations with the Soviet Union.”

And now, to vote…