100 years after the Tunguska explosion, a British documentary crew visits Siberia to try and find out what really happened. On the way they talk to everyone, from the crackpots who think it was an exploding alien spacecraft, to the scientists who think it was a metor.

100 years after the event, no-one is quite sure what caused the massive Tunguska explosion.  Consensus is that the explosion, which was so powerful it smashed windows hundreds of miles away, was caused by a large metor or comet breaking up a few miles above.  But there are plenty of other theories out there – some sensible, some utterly bonkers – that have refused to die over the past century.

In an attempt to find out what really happened, film-makers George Carey and Teresa Cherfas packed up their cameras and headed out to Siberia. 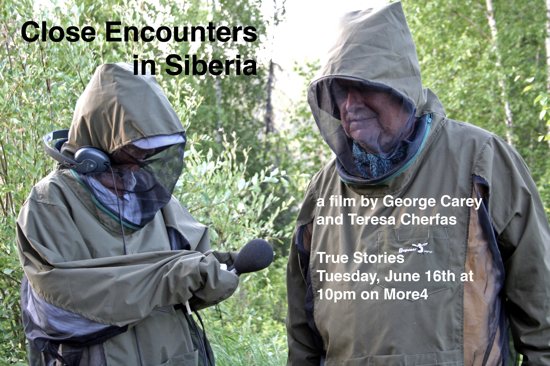 On their journey they talk to everyone with a theory, from mystics and reindeer herders, to amateur sleuths and serious scientists.  Every one has a theory, ranging from the mundane and probably true (metorite explosion) to the wacky and probably not true (alien spacecraft and anti-matter explosions).

Close Encounters in Siberia, the resulting documentary, will be aired for the first time on UK channel More 4 tonight, and I assume it will make it to more far-flung parts of the world not long after.