I was looking back the archives earlier today, and realized that Siberian Light is now more than five years old. (Yes, I forgot my own blog’s fifth birthday).

So, I’ve dug through my files, and compiled screenshots of each of Siberian Light’s 7 incarnations. 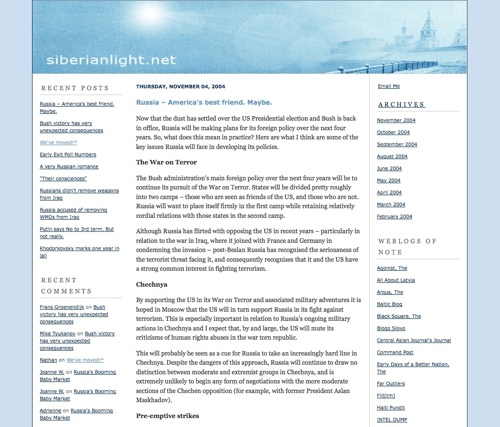 Even though it’s a really basic typepad theme with a picture at the top, this is still my favourite. Probably because I sweated blood and tears turning this old picture of the embankment at Irkutsk into the header… 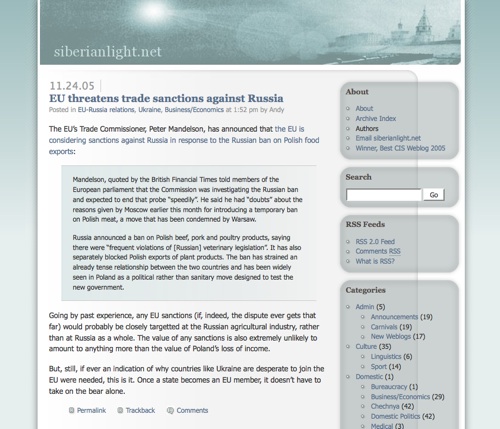 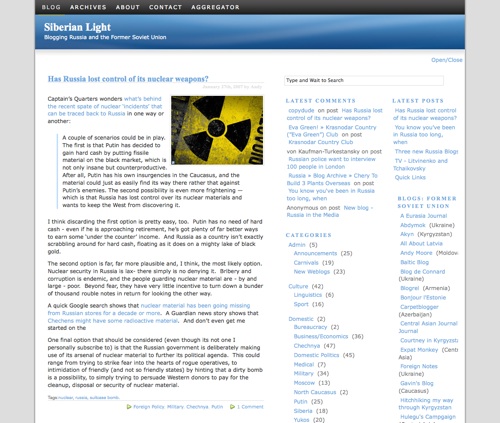 This one didn’t last long at all. Not sure why, as it’s way better than the next theme. 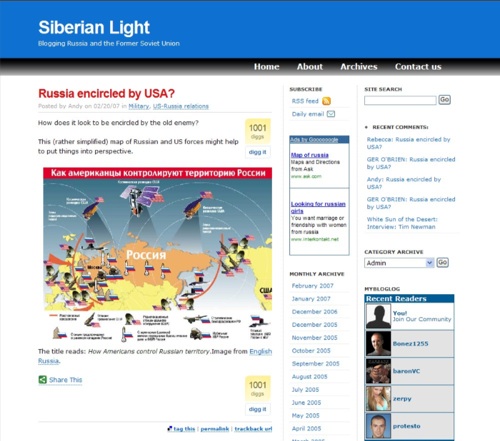 Possibly the dullest theme ever. Who knows what I was thinking at the time. But it was the theme in use when Siberian Light hit the front page of Digg for the first and, so far, only time. So it’s probably been seen by more people than any other theme. 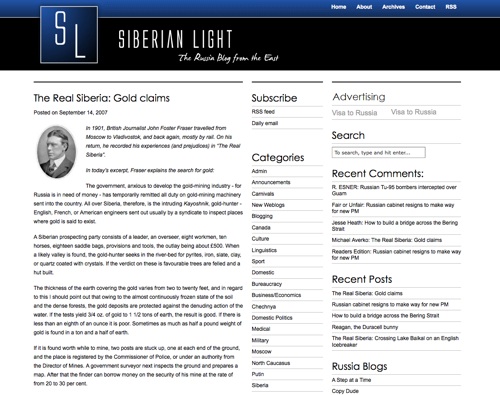 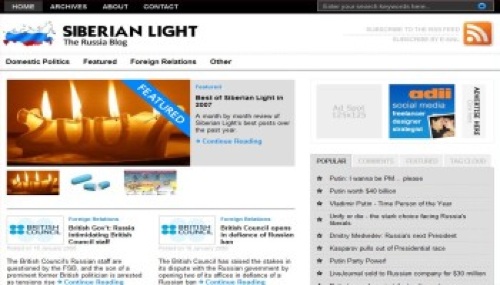 The decision to move to a magazine style theme, which only had excerpts of stories on the front page, and which used big pictures to highlight featured articles, was a big departure for Siberian Light.

I still like the concept, but it’s not an ideal format for a one man blog, as it needs regularly updated content to work properly.

(Sorry about the poor picture quality on this one, by the way). 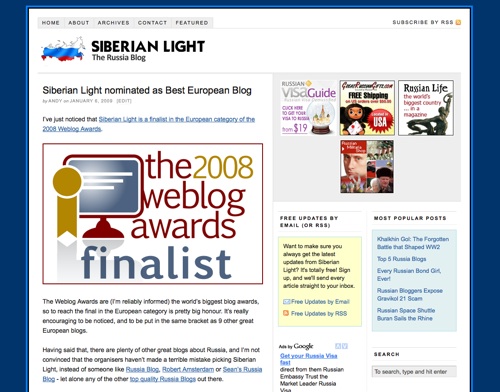 The theme you see today, which probably looked a lot swisher before I started mucking about with it.

As you can see, I can’t resist tinkering. For me, the ‘if it ain’t broke, don’t fix it” maxim clearly has no meaning.

I wonder what Siberian Light will look like in five more years?

Kasparov: In the Holy Fire of Revolution