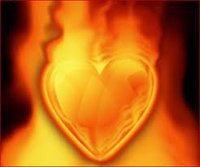 Annoyingly, the story is behind the Times’ firewall (you can access it here if you are a subscriber), and they’re the only newspaper to pick up the story so far.  According to the Times, Katia Zatuliveter is an assistant working for Mike Hancock, a Liberal Democrat MP (so now a member of the Government) who has served for many years on the Defence Select Committee.

The source for the story seems to have been a ‘friend’ of Zatuliveter’s, who told the British newspaper that the two of them had been “interrogated” as they returned from a recent holiday.

“They knew we were coming back from Split.  They had our names so they probably were listening to our phones”

“They are really putting pressure on Katia […] She has to meet them sometimes and they told her they will remove her visa and deport her if she doesn’t co-operate.”

Zatuliveter has a solid background in international politics ( a Peace Studies degree from a British University – a course I almost took many years ago) and she’s published a number of papers on international security (see this Google search) .  According to her ‘friend’, MI5 are probably worried that she’s off having affairs with “interesting men”.  She told the times that Zatuliveter is

“[…]clever and good looking.  She works in interesting paces and she had maybe affairs with interesting men”.

I can see why the Times are running this story in the fallout from the discovery of the Russian spy ring in America – including, of course, British citizen Anna Chapman.  But, seriously, this is pushing things a little far, don’t you think?  The concerned friend who tells about how her friend might be thought to be a spy and having affairs with “interesting men”.

Zatuliveter herself apparently told the Times that the interview she had was nothing more than routine – foreign visitors are questioned by immigration authorities at British airports pretty regularly, especially when they need a visa to enter the country.

About the only information the Times could find about Zatuliveter that might indicate that something odd was happening was that her Facebook profile had changed from a picture of her on a beach to a picture of a “heart on fire” (hence the picture at the top of this post) and that she’d blocked public access to her friends list (although they all seemed to be available when I checked earlier this morning).

Pretty thin stuff, to be honest. If I had to bet money, I’d say that this is all about a friend getting over-excited and trying to protect her friend from an imaginary foe, or a ‘friend’ who really doesn’t like her all that much and wants to stir trouble.  Zatuliveter still has her job with MP Mike Hancock.  It’ll be interesting to see how this develops, but I’d be surprised if she doesn’t still have her job in six months time…