After a slow start, Russia has now officially got the largest number of web users in Europe.

According to the latest Comscore report, 50.8 million Russians have access to the internet through either a home or work connection. This means that, for the first time, Russia has more internet users than Germany, which falls back to second place with 50.1 million users. It also pulls further ahead of France and Britain (42.3 million and 37.2 million users respectively).

Experts are bullish for the prospects of further growth in the Russian internet industry, noting that a great deal of work is underway to extend the country’s broadband networks. And, when you consider that Russia’s population is almost twice that of the next largest European country, the prospects for growth seem impressive. From reports, though, it appears that the Russian internet model will be based largely on mobile internet access – of the 91 million Russian internet users that GP Bullhound predict for 2013, 71 million are likely to have 3G access.

Some analysts have noted concerns that, although Russia has a large number of internet users, they do not use the internet as much or as regularly as users elsewhere in Europe, a problem which may present difficulties for Russian companies seeking to turn a profit from Russian internet users. 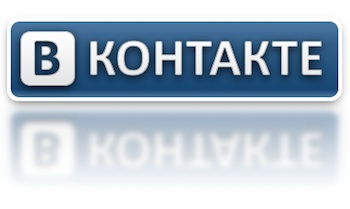 The Comcast data presents a mixed picture here. Russian internet users are typically online for an average of 22.4 hours per month, which is well behind some countries with advanced online economies (for example, the internet addicts of the UK, who spend more than 35 hours a month online), but is only just behind the European average of 26.4 hours per month. In fact, Russian usage is higher than some countries that you would expect to spend a lot of time – Denmark, for example, where the average user spends just 22.2 hours a month online.

According to Alexa, when not searching the web using yandex.ru, google.ru or google.com, Russians spend most of their time on social networking sites, just like everyone else in Europe. The main difference, though, being that in Russia facebook.com is only the third most popular network, behind both vkontakte.ru and odnoklassniki.ru.

But it seems that, although starting from a low base because of the weaker Russian economy, the Russian online economy is following similar patterns to those in the rest of Europe and the United States. Earlier this month it was reported that Russian online advertising has grown by more than 50% and that, as a result, the industry is now larger than the Russian print advertising industry. In the third quarter of 2011, sales of online advertising in Russia were worth over $300 million – a figure which, if followed through over a twelve month period, would make it a billion dollar industry.

Further recommended reading – the Financial Times blog reports on the prospects for Russia’s biggest internet companies to grow their incomes, and Forbes reports on a press conference held by Wikipedia founder Jimmy Wales in which he noted that outgoing Russian President Dmitry Medvedev was the only world leader who truly understands the internet. Wales told reporters that:

“Unfortunately, Sarkozy’s view on the internet is that it must be controlled and regulated. And at the G8 meeting, President Medvedev was the only leader to say something sensible whatsoever. So I think the headline of the story should be that Jimmy Wales says that President Medvedev is the only world leader who actually understands the internet.”

It’s a view that might surprise some in the Russian political sphere, given the occasional high profile arrest of a Russian blogger. However, it’s worth noting that the most dynamic political sphere in Russia today seems to be online, so perhaps Jimmy Wales has the right idea…