While everyone’s focus is on the Russian Duma elections (due in December 2011) and the Russian Presidential election (due in March 2012), I thought it might be interesting to take a look at some of the other election news from around the former Soviet Union.

From what I can tell, there are elections taking place, or soon to take place in Georgia, Kazakhstan, South Ossetia and Turkmenistan. Plus Moldova proper’s odd constitutional quirk of requiring the Parliament to elect its President is causing problems in an evenly divided Parliament.

(Aside: I found it fascinating to see just how many of the politicians I’ve mentioned below have had their pictures taken with President Obama of the United States.) 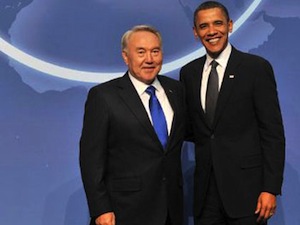 First up, Central Asia’s largest country, where recently re-elected President Nursultan Nazarbayev has called a snap election for 15 January 2012. Widely expected, the election is (counter-intuitively) likely to lead to a reduction in the number of parliamentary seats held by Nur Otan, Nazarbayev’s own party.

However Nazarbayev didn’t get to spend 20 years as Kazakhstan’s President without a good sense for which way the wind is blowing. He’s likely to have calculated that his position will be made even safer if he can secure a double success of introducing a tiny amount of very tightly managed political competition that will engage people locally and give bankers and investors an excuse to believe that they are investing in country that is becoming increasingly democratic.

Of course, we should all conveniently ignore the fact that the only parties competing in the election will be broadly pro-Nazarbayev, and that the only real opposition parties of any note have either been barred from registering (Alga) or conveniently suspended from taking part in politics for six months (the Communists). 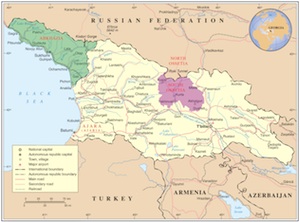 The beleaguered Presidency of Mikheil Saakashvili faces a new threat ahead of Georgia’s 2012 Presidential election. Boris Ivanishvili – the world’s 185th richest man – has announced his intention to form a new political party and run for the Presidency.

Until recently, Ivanishvili hasn’t directly engaged in Georgian politics and largely shunned the public eye. Instead he preferred to – as this rather sympathetic BBC profile puts it – to focus on contributing to life in Georgia by “funding the arts and paying for public buildings such as Tbilisi’s huge ornate cathedral”.

Ivanishvili’s business interests are mainly in Russia, however, and he is seen by man to be far too close to the Russian Government – which is not a comfortable thing to be in a country that was humiliated by Russia on the field of battle less than three years ago.

Which means that it’s probably not much of a surprise that a Georgian law banning dual citizenship has recently been enforced against Ivanishvili, who until recently managed to hold passports from three countries – Georgia, France and Russia. And now, with his Georgian citizenship stripped from him, he’s not really eligible to take part in the Presidential election… 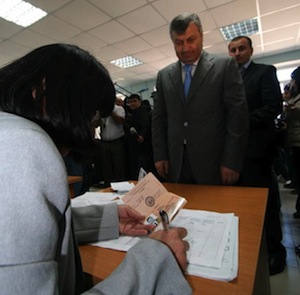 Right next door, South Ossetia is holding its first Presidential election since Russia secured its de-facto independence in the brief 2008 war with Georgia. Intriguingly, the two main candidates came so close as to be effectively tied after the first round.

Anatoly Bibilov, the emergencies minister, and Alla Dzhioyeva, the former education minister received 23.8% and 24.6% of the vote respectively, and will duke it out in the second round next weekend. Bibilov is regarded by many as the handpicked successor of Eduard Kokoity, South Ossetia’s outgoing President who is constitutionally barred from seeking a third term of office, so it comes as quite a surprise that he hasn’t managed to pull ahead of his rival.

It’s likely that he will do so in the second round, however, which will no doubt provide plenty of ammunition for Western critics who are already beginning to view this election through the prism of the pro-Kremlin candidate (Bibilov) versus the plucky opposition (Dzhioyeva), and conveniently disregarding the fact that, following the war, pretty much everyone involved in South Ossetian politics is pro-Russian. 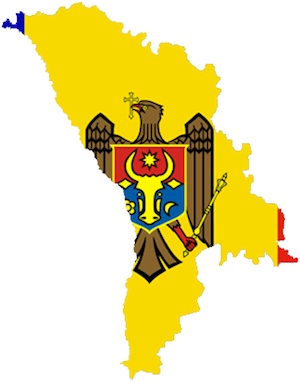 In Moldova, the Parliament is required to elect the country’s head of state – the President. Unfortunately, for the past two years, the Parliament has been pretty evenly divided between two main parties, the Communists and the Alliance for European Integration, and neither party has been able to put forward a candidate capable of securing the 60% of votes required to be elected.

So, for the past two years, the Moldovan State has been headed by a succession of Acting Presidents.

The latest attempt to find a candidate who could win an election failed this week, leaving Moldova facing the likelihood of a new Parliamentary election to break the deadlock. It had been hoped that the prospect of a new election (which neither party really wants) and the defections of three members of the Communist party earlier this month, but alas it was not enough of an incentive.

No news yet of what the next step will be, but if this situation goes on for much longer it’s going to make Moldova look pretty silly, and unattractive to outside investors. It’s also winding up the European Union, which would like to see Moldova settle down and chart a course one way or the other. 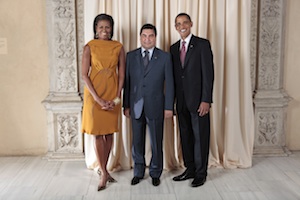 Finally, Turkmenistan, where a Presidential election is scheduled for February 2012.

Sadly, any hope that Turkmenistan watchers might have had that the end of Saparmurat Niyazov’s reign in 2006 might have led to a slightly more democratic government appear to have been dashed by the increasingly autocratic leadership of his successor, Gurbanguly Berdimuhamedow.

Although Berdimuhamedow has repealed many of Niyazov’s more bonkers policies (remember, this man was the Turkmenbashi, the President for Life, who renamed the month of January after himself), he has spent the past five years ensuring that he secures his own iron grip over Turkmen life and politics. Most notably, Berdimuhamedow was recently given the award “Hero of Turkmenistan” by the Turkmen Parliament, describing his rule as “paradise on earth”.

Naturally, we will await the results of this close fought election in February…