Russia today condemned the Arab League’s decision to suspend Syria’s membership. Even China has now moved to support the League, though, leaving Russia as one of the isolated regime’s few remaining supporters.

Russia today condemned the Arab League’s decision to suspend Syria’s membership, leaving it as one of the isolated regime’s few remaining supporters.

Foreign Minister Sergei Lavrov told reporters “”We believe it is wrong to suspend Syria’s membership of the Arab League. Those who made this decision have lost a very important opportunity to shift the situation into a more transparent channel.”

To back up its position, Russia has announced that it will honour all of its many (and valuable) arms contracts with the Syrian Government and has sent Patriarch Kirill of Moscow and All Russia (the head of the Russian Orthodox Church) to Syria, where he met with Syrian President Bashar al-Assad. “I am convinced that your visit will help strengthen the relations between our countries. And it will facilitate a dialog between various cultures of the representatives of various world religions”, Al-Assad gratefully told the Patriarch. 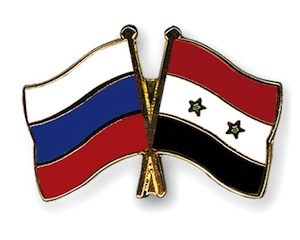 In an attemp to maintain dialog with both parties, Lavrov plans to meet with Syrian opposition leaders, including Burhan Ghalioun, leader of the dissident Syrian National Council (SNC), in Moscow tomorrow. However, he is reportedly planning to tell them to beware of triggering a conflict similar to the one recently played out in Libya, saying “the battle for power can become a goal in itself, but you have to think of your country and people.”

Naturally Burhan Ghalioun doesn’t think much of Russia’s current stance – in an interview with Anba Moscow, Russia’s Arabic language news agency, he said bluntly “it is about time the Russian leadership changed its stance towards a regime which is still ignoring calls to launch reforms and start dialogue with the opposition on a peaceful transition to democracy.”

This is a strong position from Russia, particularly when you consider that pretty much everyone in the rest of the world supports the decision. Even China, which had until today stood firm with Russia in supporting the Syrian Government has today confirmed that it supports the Arab League’s decision to suspend Syria’s membership.

As we noted previously, Russia has invested a lot in the current Syrian regime, and sees it as a valuable ally. As a consequence of this (as well as its general opposition to interventionism by the West), Russia has made a hard-headed decision to stand firm in support of Assad’s Government. A couple of months ago, international resolve looked weak and it looked like Russia’s gambit might pay off. But today it is looking increasingly like a gamble that will leave the Russian Government looking foolish, out of touch, and with very few friends in the Middle East.

Russia WTO entry – all but guaranteed