A roundup of the past week’s Russia blog posts, with a special emphasis on the week’s big event – Eurovision.

Commentary on Russia this week has been dominated by Europe’s campest, glitziest festival – yes, Moscow hosted Eurovision.  Happily for Russia’s finances, their entry didn’t win and they won’t have to host the finals again next year.

But they could at least claim some glory in that Norway’s entry, Fairy Tale, was won by an elfin Belorussian singer called Alexander Rybak.  Belorussians, as everyone knows, are to Russians as Scots are to the English – that is to say, one of the family when they win, and outsiders when they lose. 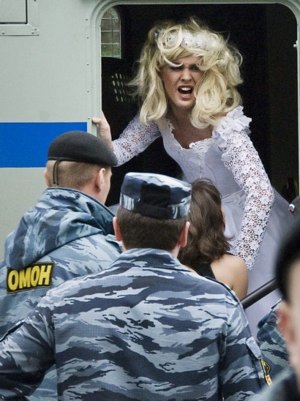 Also in Russia blogs this week:

Well, that’s it for this week.  I’ll leave you with the odd Swedish video I mentioned at the top of this post…

And this comedy Russian song that didn’t quite qualify for the finals either…!

(thanks to Edward Lucas for that last one!)