Profiles of the great new Russia blogs that you really should be reading.

A few weeks ago, I asked you to let me know which new blogs I should be watching (ones I didn’t already listed in the Siberian Light blogroll).

I got plenty of suggestions back – too many to give them all detailed profiles. So, I’ve picked out a few favourites and given them each a mini profile, and listed others towards the end of the post. 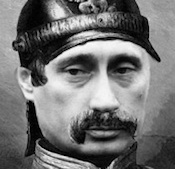 An anonymous foreign policy analyst based in Washington DC, recently honoured by being the first blogger to be interviewed at Sublime Oblivion.  A Good Treaty’s output includes plenty of original analysis, as well as some translation work.  His basic thesis is that political realism is the order of the day, and the US should come to an accommodation with Russia.

A Good Treaty has just moved to a new web address (agoodtreaty.com), so update your bookmarks. AGT can also be found on twitter.

Mark is another Washington DC based Russia blogger whose blog posts, according to his profile, focus on Russian demographics, politics and economics.

Mark has also been interviewed, over at La Russophobe, who was intrigued because “some Russophiles call him a CIA spy, while some Russophobes think he’s a KGB plant.”

I wasn’t sure whether or not to include Mark, because his blogging venue of choice, True/Slant, closed down at the end of July. While Mark looks for a blogging home (a secret collaborative project in rumoured to be in the works), you can enjoy his archive of posts, and his twitter feed. 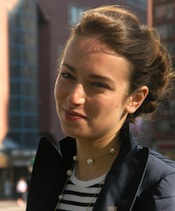 Julia is a journalist who is in Moscow on a Fulbright Scholarship.  Julia is an incredibly prolific freelance journalist – you only need to take a look at her articles page to see that she’s been published pretty much everywhere that’s everywhere: the New Yorker, the Washington Post, Foreign Policy magazine, Bloomburg, the list goes on.

Many of Julia’s articles mash together acerbic comment about the odd side of Russian life with real political analysis, and the same theme is followed on her blog.  Currently, inept Moscow mayor Yuri Luzhkov is target number one.

Like Mark, Julia is another True/Slant refugee.  You can see the original Julia Ioffe True/Slant blog here, but she’s now moved to themoscowdiaries.wordpress.com.  Like everyone else these days, Julia’s on Twitter too. 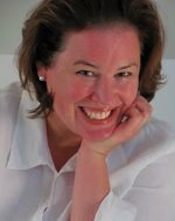 Jennifer Eremeeva’s blog is subtitled ‘finding the funnier side of life in Russia’.  But Dividing My Time is certainly not another English Russia.  Instead Jennifer – who has been living in Moscow for 17 years – posts wry observations about day to day life in Moscow.

Jennifer is also mid way through a blogging experiment that she calls The Stunt.  She’s noticed that Russia is big on honouring people who work in often unsung professions – in fact, there are days honouring almost 200 professions.  And, as each day arrives, she’s writing a blog post about it. My favourite so far – Day of the Canine Units of the Ministry of Internal Affairs of Russia.

Did I miss anyone?  Probably.  Let me know in the comments.