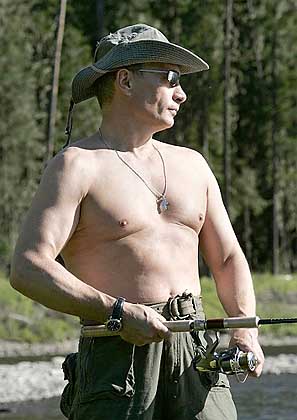 Now, I know Vladimir Putin has a certain… mystique. But I must confess, I’d never thought of Russia’s President as particularly sexy.

But, apparently, Putin’s good looks send the Japanese weak at the knees. In a recent poll, they voted Putin the world’s fifth most attractive politician.

As Disgrasian says – we need a recount!

Update: Looks like its not just the Japanese who are fans of Putin. Time Magazine have just selected Putin as their Person of the Year 2008.