Russia is brilliantly playing divide and conquer with European Union nations, argues a new paper from the European Council on Foreign Relations. 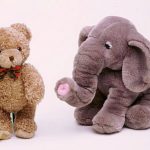 In “A Power Audit of EU – Russia Relations“, authors Mark Leonard and Nicu Popescu provide a sharp analysis of exactly how the nimble Russian bear – which on almost every objective measure of soft and hard power is massively inferior to the EU – has been able to run rings around the lumbering herd of elephants that is the 21st century European Union.

Russia has achieved this success, they argue, because it has managed to identify and manipulate the divisions between EU members states who have wildly varying views on how to deal with Russia.

However, instead of arguing that the EU has been split broadly into two camps by the arrival of new but rabidly anti-Russian members such as Poland in the East, Leonard & Popescu argue that, when it comes to relations with Russia, EU members can be divided into five distinct groups:

Trojan Horses (Cyprus and Greece) who often defend Russian interests in the EU system, and are willing to veto common EU positions;

Frosty Pragmatists (Czech Republic, Denmark, Estonia, Ireland, Latvia, the Netherlands, Romania, Sweden and the United Kingdom) who also focus on business interests but are less afraid than others to speak out against Russian behaviour on human rights or other issues;

and New Cold Warriors (Lithuania and Poland) who have an overtly hostile relationship with Moscow and are willing to use the veto to block EU negotiations with Russia.

I hadn’t considered EU divisions over Russia in quite that way before, but now I think about it, I tend to agree with these groupings (although ‘Trojan Horse’ is perhaps a bit too strong a term). And the ultimate assessment that Russia has taken advantage of the EU’s structural weakness as best as it could is pretty much spot on, too. The Russian government has invested a massive amount of political capital in wooing those countries it thinks it can do business with, and has been prepared to play hardball (when it can) with those countries who are less friendly to the current Russian regime.

Having said that, Russia isn’t the only country that has noticed and exploited the European Union’s fabled lack of unity. The US is an expert in the game, and regularly takes advantage of its relationships with the UK, Holland and Poland, to name but a few countries. That the Bush admnistration managed to persuade half of the EU’s countries to provide military support in Iraq while EU public opinion was deeply divided on the Iraq War is clear testament to the skill of the US here, as well as to the underlying systemic weakness in the EU’s approach to foreign policy.

The Russian bear should beware when baiting the EU’s herd of elephants, though. The EU does find it tremendously difficult to agree on a common position, but when it does agree on something, the EU has the political muscle to match and defeat any country in the world – witness the recent negotiations over trade between the EU and US.

If the Russian bear overplays its hand and pushes the EU that little bit too far, it might just find itself looking up one day to find a herd of elephants thundering towards it…

Update: Check out Johsha’s post over at Registan.net, discussing some of the implications for Central Asia.