Blog > In Estonia, the revolution will be televised
Blog

In Estonia, the revolution will be televised

According to Estonian TV station Channel 2, Russian speaking youths are planning an “uprising” in Estonia on May 9th:

According to the television channel, the youth intend to launch a protest on May 1 and begin a general strike the next day that will turn into a revolt on May 9.

The channel predicted that Estonian authorities could use the army to put down the revolt, which would lead to a sharp react from Russia. 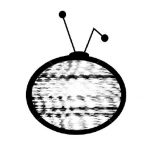 May 9th is, of course, victory day in Russia, which would offer the symmetry required by television media across the world.

The report follows days of protests and riots by Russian speakers in Estonia, who are aggreived by the Estonian government’s decision to tear down a Soviet war memorial in Talinn and to exhume a number of soldiers buried beneath the monument.

I have to say, I have a great deal of sympathy for the protestors. The Estonian government’s decision comes within the context of continued discrimination against the Russian minority in Estonia – discrimination to which the rest of the European Union seems happy to turn a blind eye.

But I can’t see this getting so out of hand that it goes beyond scattered riots.