The Dumas Committee for CIS Affairs has recommended that the Russian Government create diplomatic missions in the three unrecognized republics  Abkhazia, South Ossetia and Trans-Dneister (Pridnestrovie). 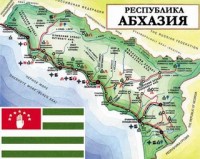 Aleksei Ostrovsky, head of the Duma’s Committee for CIS Affairs has recommended that the Russian Government create diplomatic missions at the territories of three unrecognized republics  Abkhazia, South Ossetia and Trans-Dneister (Pridnestrovie).

According to Interfax, the document, which has been prepared for discussion and further confirmation in the Duma, recommends that Russia work to achieve representatives participation of Abkhazia, South Ossetia and Pridnestrovie in all international organizations and forums, where their interests are discussed and touched.

Also it was recommended that Russia should resist firmly any attempts of external pressure  political, economical or military – concerning these three republics and that the Russian Parliament suggest to the Russian Federation government that itmaintain existing forms of peacekeeping operations to settle conflicts around Abkhazia, South Ossetia and Pridnestrovie based on mutual conventions.

According to the report:

Nowadays the situation in the zone of Georgia-Abkhazia and Georgia-Ossetia conflicts becomes more and more complicated. Politics realized by Tbilisi is extravagant, unpredictable and sometimes destructive. Georgia is trying to break existing algorithims of conflict settlement and compromise the Russian peacekeepers mission. This gives a reason to Abkhazians and Ossetians to believe that Georgian administration chooses military option. 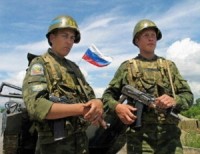 The reports authors note that mandate of peacekeeping forces, which are operating in the territory of the conflicts between Georgia and Abkhazia, Georgia and Ossetia, only allows them to split the rivals, maintain regime of security and stop the fire. To change this mandate would require the agreement of all sides. But neither Abkhazia, nor South Osetia have given their agreement, because they are afraid the departure of Russian peacekeepers would lead to destabilization of the situation in the region.

The authors of the project believe that the precedent set in Kosovo, wich recently declared its independence will have consequences for other frozen conflicts. If these conflicts remain frozen, this will be provoke new stage of confrontation between conflict sides. And this confrontation will be negative for the population.

Nugzar Ashuba, the head of Parliament of Abkhazia, speaking in the Duma, asked Russia to recognize independence of this self-proclaimed republic as soon as possible. He told Duma members that:

The Russian Federation now (after the Kosovo incident) has enough reasons to declare the independence of Abkhazia all over the world. By doing this Russia will establish its international weight.

Ashuba also mentioned that the Georgian government must be interested in recognition new status of republic, because Abkhazia has proved that it was able to survive as an independent entity.

We think that if Georgia recognizes independence of Abkhazia, its government will solve many other socio-economical problems and the Georgian people will be free from waiting for war every moment.

The rest of the Dumas discussion was closed to journalists, but according to one source, some Duma deputies consider that Russia has to support these self-proclaimed republics, because they will never be part of Georgia again.

It is the time to remember words of President Putin during the visit of Angela Merkel last week. He reminded us that case of Kosovo would have a lot of consequences for the world.

Now we have the beginning. Who is next?