Rumours have been swirling around runet for years about how some Russian political bloggers are being offered payment to write posts that are supportive of the Russian Government, or of a particular politician. There are similar rumours about blogging in China.

Global Voices this weekend reports on a Georgian blogger, Yuri Yakunin who was reportedly offered $300, by a mysterious man named only as Sergey, to write a negative post about Georgia’s President, Mikheil Saakashvili. However, rather than just accept the money, write the post, and run, Yakunin posted a report of the offer, and screenshots of his conversations with Sergey, online to prompt a public debate. 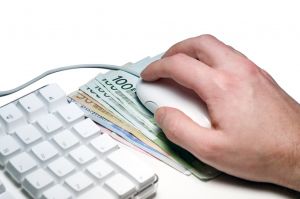 You can read a summary of the debate over at the ever excellent Global Voices, but I must confess I’m confused as to why anyone would have approached Yakunin in the first place. He’s already known as a blogger who can be critical of Saakashvili, so why would anyone waste $300 on such a post. Or perhaps (place tin hat firmly on head), it’s a double bluff of some kind, and Saakashvili supporters were offering the money in order to damage a the reputation of a high profile blogger who happens to be anti-Saak.

Based on Yakunin’s description of the approach, I also wonder why on earth anyone would accept the money in the first place. If someone called Sergey approached me via internet chat offering $300 to write a political post (sadly, no-one ever has), the first thing I’d wonder is how genuine are they. How could I ever trust someone who approaches me anonymously online offering cash?

Which brings me to my question. Does anyone out there have any knowledge or experience of how this blogging black market actually works. If you do, please share your knowledge in the comments below. I’d love to know how widespread, if at all, this practice is, and of how the process works.