Russia has criticized a US court’s decision to convict Russian arms dealer Victor Bout, and resolved that it will do all it can to persuade US authorities to hand him over to Russia.

“Our goal is to achieve his return to the motherland,.” said Alexander Lukashevich, a spokesman for the Russian Foreign Ministry. He went on to allege that US treatment of Bout, particularly in prison, and pressure placed upon him “calls into question the very foundation on which the charge was built and, accordingly, the validity of the judicial decision.”

It’s far from clear what the Russian authorities would propose to do with Bout if they got him home, though.

Would they cut a deal that allowed Bout to serve out the remainder of his sentence in a Russian jail? If so, given the state of Russia’s prisons, it’s hard for Russia to be overly critical of conditions in American prisons which, although definitely not good, are certainly no worse than conditions in Russian prisons. 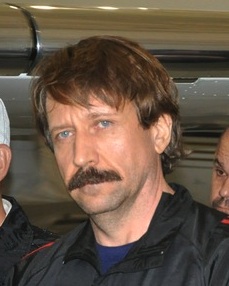 Or would they simply set him free? One of the central criticisms of the Bout trial has been that the US simply did not have jurisdiction over this crime. If that’s the case, then when he got back to Russia, surely Bout would attempt to make the argument again in a Russian court and to have his sentence overturned.

In reality, there is almost zero chance of the US turning over a convicted Bout to Russia, so I have to conclude that this is merely posturing on the Russian Government’s part to attempt to keep up the pressure and potentially influence the verdict of the – inevitable – appeal.

Changing tack slightly, it’s fascinating to see how Russian media is covering the story. Coverage on Russia Today has been particularly negative, giving coverage to theories that Bout’s case is just a symptom of a wider anti-Russia strategy by the US-Government. In one article RT quotes author and investigative journalist Daniel Estulin as saying “Victor Bout is a pawn in the international, global game, where Russia – is the endgame. Russia is still the only nation that can stand up to NATO, the US aggression.” In another, they choose to focus on “America’s Hidden Skeletons”.

My favourite, which I’ll leave you with, is this video from RIA Novosti, which highlights a rather bonkers pro-China Occupy Wall Street protester who has taken up Bout’s cause with enthusiasm.