The big story of the day in Britain is that senior politicians from both major parties have been caught holidaying with Oleg Deripaska – Russia’s richest man – on his luxury yacht in Corfu.

George Osborne is the man accused of soliciting political funding from Deripaska. Naturally, it’s illegal for someone from outside of Britain to donate to a British political party. Let alone the Shadow Chancellor (Shadow Finance Minister) and second most powerful man in the Conservative Party. If proven, Osborne would be in a fair bit of trouble. 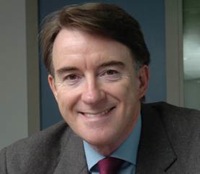 Adding a bit more spice to the story (were it ever needed) is the involvement of Nataniel Rothschild. A member of one of Europe’s most moneyed families, Rothschild is a business advisor to Deripaska, and a supposedly close friend of Osborne and Mandelson. He read the story in this weekend’s Sunday Times about Mandelson holidaying on Deripaska’s yacht and – for some inexplicable reason – decided to write to the Times to tell that this his mate George was doing equally dodgy stuff and that the journalists should keep their noses out of it because it all happened at a private party.

The letter is too good (and too nuts) to just excerpt, so here’s the unedited letter, in all it’s unabashed eccentric glory: 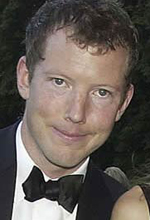 Since your paper – along with your sister publication The Sunday Times – has made much out of what may or may not have happened at a private gathering of my friends this summer in Corfu, I thought I should make the following observations. I am surprised that you focus on the fact that one of my guests, Peter Mandelson, is a friend of another, Oleg Deripaska. Not once in the acres of coverage did you mention that George Osborne, who also accepted my hospitality, found the opportunity of meeting with Mr Deripaska so good that he invited the Conservatives fundraiser Andrew Feldman, who was staying nearby, to accompany him on to Mr Deripaskas boat to solicit a donation. Since Mr Deripaska is not a British citizen, it was suggested by Mr Feldman, in a subsequent conversation at which Mr Deripaska was not present, that the donation was channelled through one of Mr Deripaskas British companies. Mr Deripaska declined to make any donation. I mention this because it turns out that your obsession with Mr Mandelson is trivial in light of Mr Osbornes actions. I also think it ill behoves all political parties to try and make capital at the expense of another in such circumstances. Perhaps in future it would be better if all involved accepted the age-old adage that private parties are just that.

I have to say, I’ve been watching both British and Russian politics for many years now, and it’s been years since I heard a nutter story than this.

The only thing that would make it even more perfect would be for everyone to be exonerated, and for the whole thing to be brushed under the carpet. This, undoubtedly, is what will now happen.

Bigga than Ben: The Russians’ Guide to Ripping Off London