A BBC poll reported that 90% of Russians regularly drink anti-freeze.

But not all was as it seemed.  Russian bloggers, taking exception to a Russian language BBC article about alcohol abuse in Izhevsk, decided to spam the BBC’s online poll: 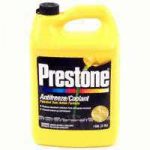 Within hours, sometimes at a rate of two votes per second, more than 25,000 testified to being regular consumers of antifreeze and the like. Even after BBC computers zeroed out the results the next morning, the votes kept piling in, with over 90% blithely confirming suspicions that Russians are pretty much liquored up all the time.

People power, or cyber-terrorism?  You decide.

Update: Mmd Russia Blog has more, including details of a few other stories where Russian bloggers have flexed their muscles.

Future History – The decline and fall of Russia