The image below is from Google Maps.

Notice the blur in the middle? I didn’t put it there – Google did. Click on this link to check for yourself.

Then scroll out a bit, using the controls of the left of the screen. Notice anything else? 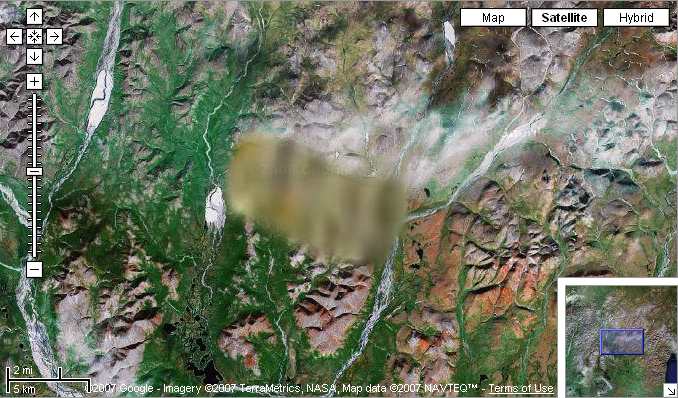 Yep – the blurred out area is in the Russian Far East.

Anyone got any ideas about what’s been airbrushed out?