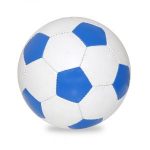 Israel beat Russia 2-1 on Saturday, a result which leaves Russia’s hopes of qualifying for football’s Euro 2008 hanging by a slender thread and proves comprehensively that Israel are the most honest team in European football.

Russia had gone into the game with high hopes of sealing qualification, thanks to a stunning 2-1 home victory over rivals England last month, but defeat this weekend means that Russia can only pray that Engand lose their final match against Croatia on Wednesday.

The result proved a shock to many pundits, especially those anti-Russian doom-mongers in the British sporting press who had spent the past few weeks merrily circulating rumours that the Israel team had suspiciously close ties to Russia, and were bound to throw the game. Implied, but never quite claimed outright, was that Russian would bribe the Israel team to ensure the right result.

However, as the London Times was quite happy to acknowledge yesterday, the rumour mill actually proved an inspiration to Israel, prompting the Times to dole out some patronising praise and to cheekily claim some of the credit for Israel’s victory:

It was an inconsistent performance from an inexperienced Israel team – the same could be said of Russia  but it was commendable how the home side fought to the end. They were spurred, undoubtedly, by the speculation in the English media that they would roll over; by the talk that they were far too chummy with Russia. Glad to be of assistance, Steve.

I particularly liked the way that corruption allegations have been rephrased as “talk that they were far too chummy with Russia.” But, who was doing the talking? Would you ever guess from the above report that it was the Times themselves who reported the claims Israel would throw the Russia game?

However, so keen were Israel to prove their innocence, they not only went on to win the game, but have refused some massive prizes, including a Mercedes car offered to goalscorer Omer Golan promised by an internet betting site. The Telegraph reports:

“A Mercedes would be nice, a present for my dad,” he said. The Israeli Football Association, however, stated that Golan would not be able to accept the gift because it was deemed to be “beyond the bounds of sportsmanship”.

“Only the Israel FA can give incentives to the players. Certainly they cannot be given by any interested third party and obviously this applies when the offer comes from a fan of a team which has a direct interest in the result,” they said in a statement.