A few years ago, I used to post a weekly news update to Siberian Light – basically a series of bullet points with the main headlines from the past week. You can see the weekly news archives here.

I’m thinking about starting up another weekly news series (provided I can find a way to compile it that isn’t too time consuming).

The first edition is below.  As you can see, it’s a lot different – the bullet points have been replaced with short summaries of five or six stories from the past week.

I’d really like to hear back from you – do you think a weekly news roundup is something you would find useful in today’s world of instant news access?  And what about the format – do bullet points work best, or short roundups? How about another format entirely?  If you have any thoughts, please let me know in the comments below.

Anyway, enough questions – on with the news.

In a move that will surprise precisely nobody, Russia condemned NATO’s decision to hold a military exercise in Georgia.

There’s very little Russia can actually do to prevent the exercise from taking place, but Dmitry Rogozin, the Russian Ambassador to NATO has hinted that Russia could walk away from an agreement to resume full co-operation with the Alliance if it goes ahead.

NATO is officially expressing surprise – they claim that the exercise only involves 1,300 soldiers and was planned a year ago, before last August’s brief war between Russia and Georgia.

Leaving aside the current war of words, I can’t figure out why NATO hasn’t abandoned this exercise. It does little more than remind the world of how little NATO did during the war, and carries great risks. What happens if the current anti-government protests in Georgia escalate, and at the same time trouble flares up in South Ossetia or Abkhazia and Russia begins to make threatening moves? What will NATO do with its troops then?

Khodorkovsky and Lebedev plead not guilty

Former Yukos head Mikhail Khodorkovsky and his business partner Platon Lebedev both pleaded not guilty to charges of embezzling more than $25 billion from three Yukos subsidiaries, and then laundering the money.

The charges, as others have noted, are remarkably similar to the charges brought against Khodorkovsy and Lebedev in their 2005 trial, leading many to question whether Russia is breaching Council of Europe rules on double jeopardy.

Meanwhile, Khodorkovsky’s former lawyer Svetlana Bakhmina has been released from jail after serving half of her six and a half year sentence for embezzlement and tax evasion. Bakhmina is a young mother of three – her daughter was born while she was while in jail – and has attracted a great deal of public sympathy – 96,000 people recently signed a petition calling for her release. 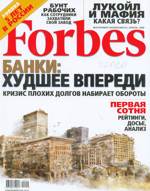 Forbes published its annual list of Russia’s richest 100 people. As expected, it showed that Russia’s billionaires are taking a hammering – of 110 Russian Billionaires in 2008, only 32 remain members of the club today.

The biggest loser is Oleg Deripaska – Russia’s richest man last year has lost $24.5 billion dollars in just 12 months. His only consolation? He’s still about $3.5 billion richer than you or I.

Russia’s National Anti-Terrorist Committee announced on Thursday that counter-terrorism operations in Chechnya were no longer necessary and would cease in order to allow the further normalization of the situation in the republic and for the development of its social and economic spheres.

Meanwhile, officials in Ingushetia (right next door to Chechnya) announced that the insurgency there has claimed 49 lives in the past three months. Anyone want to take a bet on how many of the Russian troops leaving Chechnya will simply move 50 miles to the West?

The soldiers were responding to a supposed attack by Al-Qaeda terrorists who had crossed over the Afghan border and captured a Tajik chemical factory, taking workers hostage.

The exercise was a success and the hostages were freed. RFE/RL, though, were more interested in the Tajik soldiers culinary tastes: “During the exercises, Tajik soldiers demonstrated their ability to tear apart a live rabbit with their teeth and hands. Another soldier bit off the head of a small snake and ate it.” 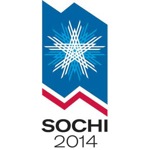 Early voting has begun in the Sochi Mayoral election, but the vote has been overshadowed by a Russian court’s decision to throw a couple of candidates off the ballot – most notably Alexander Lebedev, candidate of Just Russia and owner of London newspaper the Evening Standard.

The election is being closely scrutinized because of the upcoming 2014 Olympics – the Russian Government want to showcase Russia’s democratic principles, whereas the candidates want to get control of billions of dollars of construction money.

The court’s decision to throw Lebedev off the ballot was based on a technicality, and now that the two main candidates remaining in the race are the incumbent mayor (who has the backing of Putin) and a deeply unpopular former Deputy Prime Minister who plays well outside of Russia, it’s hard to imagine that the image of Russian democracy will be boosted in Sochi.