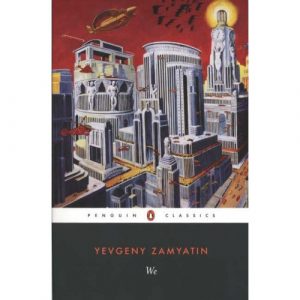 Science Fiction is commonly thought of as primarily an English language form of literature, but actually plenty of countries around the world have made their contribution to science fiction.  Russia has had plenty to contribute to the field, from Fedor Dmitriev-Mamonov’s ‘A Philosopher Nobleman’, through Yevgeny Zamyatin’s ‘We’, right up until the more modern Night Watch trilogy by Sergey Lukyanenko.

Which is why this call for papers on non-US, science fiction caught my eye. If you can contribute, or know anyone who can contribute, please do get in touch with Sonja Fritzsche – sfritzsc@iwu.edu

The study of science fiction cinema has focused on film from the United States with some notable exceptions. Although many of the famous and most lucrative contributions to the genre come from Hollywood, a number of other countries around the world have produced both popular and avant garde science fiction films. Even today, despite the globalization of the genre, American and even foreign scholarship continue to limit analysis to the United States.

The proposed volume would address this relative lack of academic scrutiny and contribute to the international and interdisciplinary study of science fiction film. As editor, I am soliciting new research on all forms and periods of science fiction cinema from around the world. All theoretical approaches are welcome including (but not limited to) film history, film technology, film and science, comparative approaches, gender studies, genre studies, and eco-criticism. Essays on U.S. science fiction film should be comparative in nature and place these films within the larger global context. Completed essays must be serious critical analyses with minimal plot summary.

They need to be 15-25 double-spaced pages in length, with standard academic citations, and should include a separate bibliography.
Prospective contributors should please send a 1-2 page proposal and a c.v. to:
Sonja Fritzsche, Associate Professor of German and Eastern European Studies, Modern and Classical Languages and Literatures, Illinois Wesleyan University (sfritzsc@iwu.edu