This week’s roundup of the best blog posts about Russia. 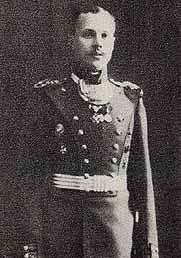 Continuing the theme of murderous anniversaries, Executed Today brings us the story of Cossack rebel Yemelyan Pugachev. He led a revolt against Catherine the Great and, when his revolt failed, Catherine ordered that he be chopped to death on January 10 1775. Nice.

(By the way, Executed Today has been nominated for a couple of awards, including one for ‘Freakiest Blogger’. Both nominations are well deserved – go vote.)

Marginalia reports on the latest shenanigans of Russia’s wealthy:

“Latvia is embroiled in a stunning scandal once again — the sale of perhaps a hundred passports to wealthy individuals, mostly Russian citizens seeking to take advantage of Latvia’s EU and Schengen membership.”

The hyena is a vile creature:
With its impudent muzzle
and hide sticking out of its nape.

Some of the major developments in the Russian military during 2007 are covered over at Russian Forces blog.

Is Putin really rich? The Accidental Russophile investigates and concludes:

“No matter how you slice it, something doesn’t match up with Putin’s lifestyle and is declared wealth.”

Dinc, the mastermind behind the Turkish Invasion of Russia has admitted temporary defeat:

I am deeply sorry to announce on the 637th day, 14th hour and 8th minute of the Turkish Invasion of Russia that the Invasion is now officially over and Dinc will be kicked back to motherland on 15th January 2008…

And, finally, the latest addition to the Russophile clan:

My sister-in-law told us at dinner proudly that her two-year old daughter knows who the president of Russia is — She learned this while the television was tuned to the news. My sister-in-law turns to her daughter and asks (in Russian) “Who is our President?” My niece answers in a small voice, “Putia.” She can’t say the letter N very well, so it sounds like it might be an insult. It is not. You can see she is quite proud because she knows that she is answering the question correctly for all the adults. Everyone chuckles and she smiles.