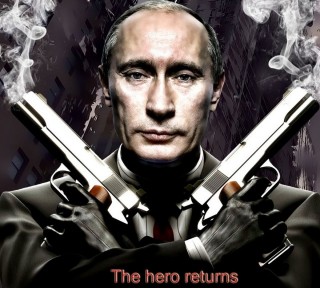 Oh yes, proof positive that, if you look hard enough, you can find a Russian connection to any story… 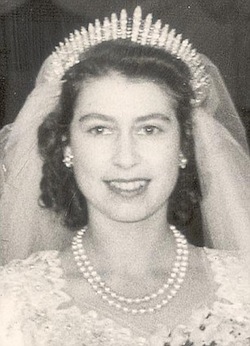 As Royal Wedding mania grips the United Kingdom, British newspapers have exclusively revealed that Kate Middleton may wear a tiara gifted to her by the Queen as she marries Prince William this weekend. The shiny piece of headgear, known as the George III Tiara, or the Russian Fringe Tiara, was worn by Princess Elizabeth, the current Queen Elizabeth II, at her own wedding in 1947. She, in turn, had borrowed it from Queen Mary for the ceremony.

Naturally, you’ll want to know more about the tiara in question. Well, according to the wise folk at Wikipedia, it’s a dual purpose item of jewelry, and can be worn either as a necklace or a tiara. Thrifty, our royal family, you know. Commissioned in 1830, it was first worn as a tiara in 1839 by Queen Victoria, who donned it on a trip to the Opera. Queen Elizabeth probably doesn’t have fond memories of the tiara – when she tried it on just before her wedding, the tiara snapped in half. Luckily the court jeweler was on hand to save the day with a bit of sticky backed plastic

How did the news break? Well, ahem, in a very British way. A woman (well spoken, naturally, this is England after all) placed a £6,000 bet that Kate would wear it at the wedding. The first bookmaker that she visited refused the bet – probably because they thought she was nuts – but a second bookie gave her odds of 12-1. If Kate does wear the Russian tiara, the mystery woman stands to pocket a cool £72,000, or just over $100,000.

Royal Wedding Mania. Wherever you are, there is no escape. Even if you’re in Russia, there’s no escape, because you’ll be able to watch the big event on Russian TV!