Blog > The strong hand on the way to Democracy
Blog

The strong hand on the way to Democracy

Which way is Russia really heading today? Is Russia on the way to leadership by personality cult, or on the hard way to true democracy? 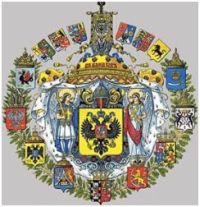 Following the March elections, many in the international mass-media have begun to state that Russia is again on its way to authoritarianism, and surrendering its democratic achievements.

But which way is Russia really heading today? Is Russia on the way to leadership by personality cult, or on the hard way to true democracy? And what will be better for this country  further development of rights and liberties according to the Western example or the necessity of a strong hand able to rule such a big state?

Personality cult is an element of state rule, but only during certain stages of societys evolution. It is necessary to consolidate the separate tribes and territories around one figure. But for a personality cult, there must be a very strong reason. Usually such reason was the divine origin of the leader.

However, even progressive states that have rejected religion dont refuse to canonize the leader.
To rule society successfully, any power (including the dictators one) needs to have the confidence of the nation. This confidence is possible if it is based on canonization of the power (as in totalitarian states) or it could be based on a unification of the power and of the nation behind some common ideas and values, as happens in democratic states. We cant say anything about ideological unity of the power and of the nation in modern Russia, because current ruling party doesnt have any ideology. It would be more correct to say that Russia instead has personal confidence in Vladimir Putin (because the confidence to Dmitry Medvedev is too early to mention).

In such conditions it is possible for new personality cult to be born. And it will be born if Russians are unable to find another basis for their national unity. Because to believe sincerely in the image of current or elected president it is not enough.

What could be another basis for Russian national unity? Some experts say that democracy is necessary. But I dont think so. Democracy is not a source of the power. Pure democracy doesnt decide anything, because the society must have some idea that it can apply democracy to.

The personality cult in Russia: President is the God or the Leader with a strong hand? 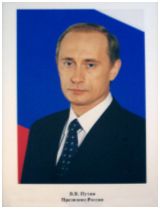 The official ideology of Russian Empire and the Soviet Union was based around the divine origin of the leader and the concept that all the people are only servants of the State. Now, in present-day Russia, we have the same situation developing. Personality cult could appear from this point of veiw, and it is not dependent on whether we have democracy or not. In the time of Yeltsins rule, Russia had a lot of democracy, but still lacked something.

It was lack of ideas, which could consolidate the society. We are looking for them still.
So, is it possible that a personality cult is developing in Russia right now? We have the absence of criticism, and to criticise the leadership in mass-media is forbidden at all. These are both early signals that Russia is developing on the path to authoritarianism. I dont doubt that Russias future it is authoritarism. But its a progressive authoritarism.

Russia is following the path of Franco and Pinochet, where a strict leader takes control to avoid chaos in the State, helping to build democracy by being strict. Such a leader leaves the post and gives all the power to legal Parliament, government and the court. And all these three power branches are separated and independent.

Unfortunately there is no political regime which could be ideal for all times and all situations. The way to democracy passes through cruel transformation periods. Otherwise it will be cruel period without transformations and without democracy.

Putin to be United Russia boss?