Miss Yakutia finalist was a man 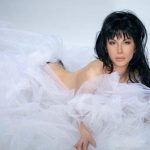 Scandal hit the Miss Virtual Yakutia contest this year, when it was revealed that one of the finalists… was a man. Newslab.ru reports:

Anzhela Adamova was a young man called Oleg Goncharov, who decided to take part in the beauty contest by joke. He went to a stylist and after that made a portfolio at a professional photographer.

Apparently, Adamova received more than 360 votes before (s)he was outed and disqualified.

Take a look at the photo – can you tell that Anzhela is really Oleg? I tell you what – that’s one hell of a stylist!

Anyway, the results of Miss Virtual Yakutia are available on the official site. Unsurprisingly, Miss Adamova doesn’t seem to be mentioned.

Berezovsky says he wants to overthrow Putin – by force