In a move sure to drive corrupt public servants across Russia to despair, President-elect Dmitry Medvedev announces plans to limit official inspections of small businesses. 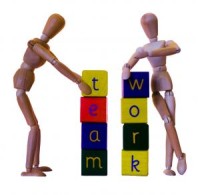 In a meeting devoted to small business problems, elected President Dmitry Medvedev proposed that inspections of companies by state organisations be severely limited.

Currently, such state organisations can visit and inspect a company at any time but, under Medvedevs plan, they will be able to visit a company to check only of they have judicial act or another legal document from a court.

Under no illusions as to how his plans would be received, Medvedev confirmed that:

I think this decision will shock a lot all the personnel of Public Health Authority, police and firemen. They will be full of negative emotions towards this law, because they make a lot of money, checking the companies and taking bribes.

Medvedev added that the outcome of any companys first inspection must not be a fine, but should be recommendations. According to the President-elect:

large amounts of bureaucratic obstacles lead to bribes. If a person wants to build their own legal business, it is necessary to be approved by up to 45 different organisations, for example, fire security, Public Health Authority, etc. In the other words now we have a legal form of bribes.

As a result of this culture of bureaucratic bribery, small business in Russia today is developing very slowly, and its contribution into GDP is not higher than 17%. Currently in Russia there are around 1.1 million of small business companies and 3.4 millions of independent business-person (who dont employ staff).

But inspections by the state are not the only the only issues that complicate the lives of small businessmen in Russia today. The meeting was also told about the impact of state monopolies, and the high cost small companies must pay to connect public services.

Medvedev also re-iterated his opinion that it is necessary to create techno-parks and special business-zones in Russia. In such zones, he said, it will be much easier for businessmen to open and develop their own business. He is sure that techno-parks must appear not far from universities to make innovation about unity of education, business and science. Also he offered to expand the stimulus system for small business companies to make them invest money in the area of high technologies.

Health service, education and social sphere must be opened for small business too  he believes. Because allowing to the small business to work there will be possible to make make public service more effective.