A picture of two Russian policemen kissing in a snow-covered Siberian forest – an homage to Banksy’s kissing policemen graffiti – has been banned from appearing in an exhibition of Russian art in Paris.

And all because Russia’s prudish Culture Minister Alexander Sokolov thought that the picture – which according to artists the Blue Noses Collective was inspired by British atist Banksy’s graffiti image of two constables kissing – would bring shame on his country.

Here’s the picture – which, by the way is by the Blue Noses Collective and is called “Kissing Policemen (an Epoch of Clemency)” – take a look and judge for yourselves. Does this image shame Russia? 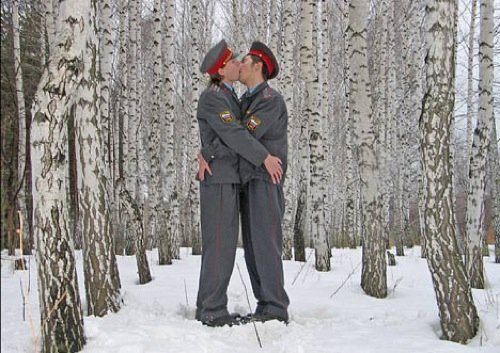 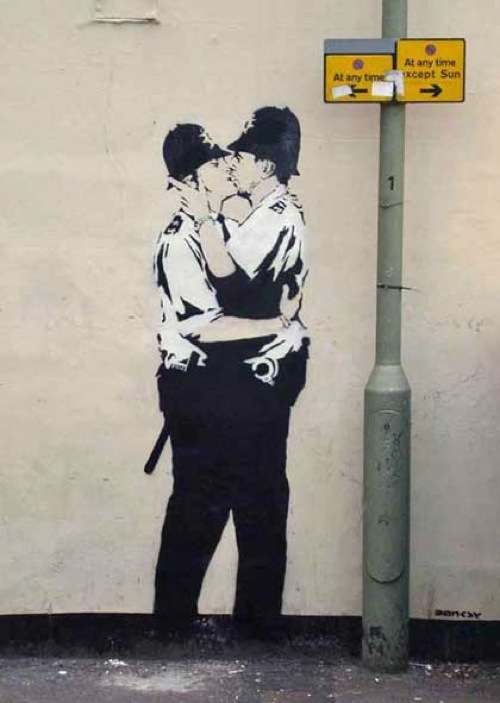 If I were Sokolov, I’d buy the kissing policemen photo as quick as I can – if the Blue Noses Collective’s work becomes anything like as popular as Banksy’s art, it’ll be worth an absolute fortune soon. Just ask Angelina Jolie. who has just bought a Banksy painting for a cool $2 million.