Blog > Has Russia lost control of its nuclear weapons?
Blog

Has Russia lost control of its nuclear weapons? 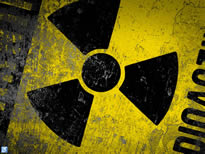 Captain’s Quarters wonders what’s behind the recent spate of nuclear ‘incidents’ that can be traced back to Russia in one way or another:

A couple of scenarios could be in play. The first is that Putin has decided to gain hard cash by putting fissile material on the black market, which is not only insane but counterproductive. After all, Putin has his own insurgencies in the Caucasus, and the material could just as easily find its way there rather that against Putin’s enemies. The second possibility is even more frightening — which is that Russia has lost control over its nuclear materials and wants to keep the West from discovering it.

I think discarding the first option is pretty easy, too.  Putin has no need of hard cash – even if he is approaching retirement, he’s got plenty of far better ways to earn some ‘under the counter’ income.  And Russia as a country isn’t exactly scrabbling around for hard cash, floating as it does on a mighty lake of black gold.

The second option is far, far more plausible and, I think, the most likely option.  Nuclear security in Russia is lax- there simply is no denying it.  Bribery and corruption is endemic, and the people guarding nuclear material are – by and large – poor.  Beyond fear, they have very little incentive to turn down a bundle of thousand rouble notes in return for looking the other way.

A quick Google search shows that nuclear material has been going missing from Russian stores for a decade or more.  A Guardian news story shows that Chechens might have some radioactive material.

One final option that should be considered (even though its not one I personally subscribe to) is that the Russian government is deliberately making use of its arsenal of nuclear material to further its political agenda.  This could range from trying to strike fear into the hearts of rogue operatives, to intimidation of friendly (and not so friendly states) by hinting that a dirty bomb is a possibility, to simply trying to persuade Western donors to pay for the cleanup, disposal or security of nuclear material.