Rumours that Alina Kabaeva has given birth to Putin’s son sweep the internet… again. 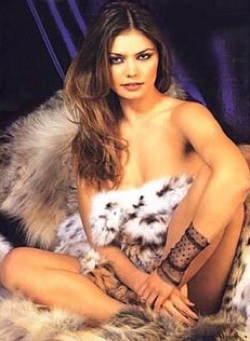 Rumours are circulating (again!) that former gymnast Alina Kabaeva has given birth to a bouncing baby boy, who just happens to be President of Russia Vladimir Putin’s son.

These rumours come not long after almost identical rumours swept the world’s media in May – I reported about the phantom Alina Kabaeva baby here on Siberian Light at the time. As you can guess, the rumours turned out to be untrue… much like the rumours that Kabaeva and Putin were secretly engaged.

Mostly the stories coming out this week have been reported in Indian newspapers (see the Indian Times for an example) and Indian blogs, but a couple of Canadian newspapers have also picked up the story.

The common theme to all the stories this time round is that, again, absolutely no Russian newspapers are covering this story. The cynical will, of course say that the Russian press is terrified of stepping out of line, for fear of facing Putin’s wrath, but as far as I can tell, the real reason is that there is absolutely no substance to the stories – from my reading, it seems as if this week’s stories are just re-hashes of the May story. Even some of the quotes are recycled.

Still, it gives me the opportunity to quote this excellent gem of Russian political incorrectness, which turned up entirely unattributed in the Inquisitr:

one analyst told us, Putin is very careful about his public image. Still, considering Russias Muslim population is about 30 million, it might not hurt him politically to have a beautiful, half-Muslim wife.

I wonder if this story will get far enough off the ground to result in another Kabaeva / Putin denial?