Gaidar poisoned by enemies of Russia 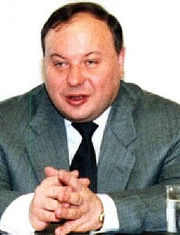 In a report that will surprise many, former Russian Prime Minister Yegor Gaidar has concluded that he was poisoned by enemies of Russia:

Most likely […] some obvious or hidden adversaries of the Russian authorities stand behind the scenes of this event, those who are interested in further radical deterioration of relations between Russia and the west.

After all, Gaidar asks, who else would gain from his murder? The FSB or Kremlin are unlikely to want to undertake another high-profile poisoning so soon after Alexander Litvinenko (even assuming they were behind his death), and Gaidar has no business interests of note that would attract the interest of the Russian mafia.

The first thing he did when he became conscious enough to make his own decisions was to fly back to Moscow. Mr. Gaidar apparently feels safer receiving medical treatment close to the Kremlin than he does abroad. That fact should give Westerners who assume that the Russian government sanctioned these awful crimes pause.

I don’t really have the answers (sorry!).

Except to say that Gaidar’s poisoning should remind us all that Russia is a complex and multi-faceted country. It’s also a country beset with a lawlessness which gives ample opportunity for any political or economic faction to take matters into its own hands – with often violent results.

We’d do well to remember that when considering Alexander Litvinenko’s murder as well, rather than opting for the kneejerk – and oh so tempting – response of blaming Vladimir Putin personally.