Russia has more languages than any country in Europe.

I stumbled across this fascinating map of Europe’s languages the other day – each colour represents a different language. 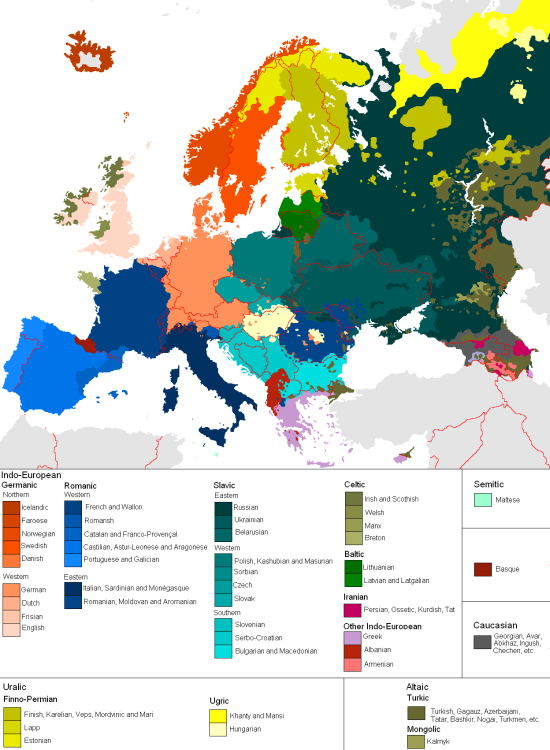 Russia is by far the most linguistically diverse country in Europe. As well as Russian, I counted eight different languages within the European borders of Russia – plus there are who knows how many more distinct languages spoken in Siberia and the Far East.

And also Russia seems to be one of the most widespread first languages outside of its home country. From what I can tell, it has spread to seven different European countries – Kazakhstan, Ukraine, Belarus, Latvia, Estonia, Romania and Finland.

You can see a larger version of this map at Wikipedia Commons.

Update 8 November 2008: I’ve just stumbled across this map of human language families at Pocket Cultures: Topics of the World.

The map shows that Russia is one of the most linguistically diverse places in not only Europe, but the world. By straining my poor eyes, I could make out five distinct language groups spread across Russia.