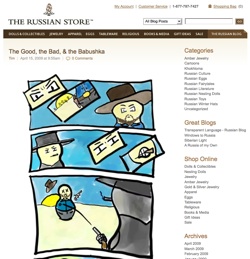 A guide to Russian and Soviet Diamonds.

Siberia is known for its abundance of natural resources, with huge deposits of gas and oil, and precious minerals – including natural Russian diamonds. Although remote location and challenging environmental conditions have presented challenges for those finding and mining diamonds, the efforts made have paid handsome dividends. The foundation for diamond mining in Siberia was in fact the start of the Cold War. Diamonds are most famous for their jewelry applications but many don’t realize the immense industrial and military need for diamonds. For example, the hardness of diamonds means that they can be used to abrade almost any material, making them invaluable for drills for mining and manufacturing alike. Diamond powder is also used as an abrasive to form other precision tools and military equipment. With the De Beers diamond cartel controlling virtually all of the world supply of gem and industrial diamonds, Stalin feared the disruptions to manufacturing capabilities that would be caused by bans on diamond sales to the country. A supply of diamonds had to be found that was not subject to foreign control. 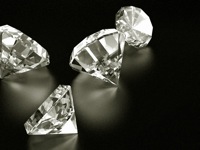 The hunt for diamonds on Russian soil began in earnest in the late 40s. Eventually, after years of research using sophisticated equipment, similarities were found between the geological features of Yakutia province and those of known diamond rich areas in South Africa. The search immediately began in earnest for kimberlite pipes in the area. Kimberlite pipes are formations that have a high probability of containing diamonds. In 1955 geologist Yuri Khabardin found such a foundation. This was named the Mirny Pipe – and shortly thereafter the Mirny Diamond Mine. Facing extreme weather conditions during the winter, engineers nevertheless succeeded in establishing a working mine, and producing large quantities of diamonds. In fact, many international experts were surprised or even skeptical of the volume produced as mining continued at the Mirny mine, with some believing that more than one mine must be in operation in the country.

Although the Russian Diamond mines were established to reliably supply diamonds for industrial use, plenty of gem grade stones were also produced. In fact, during the 60s these diamonds were the country’s most valuable export. The diamonds produced were generally small compared to those on the market, but the De Beers company still feared that the oversupply of the new Russian stones could damage their careful control on the international price of diamonds. To deal with this problem, De Beers made a secret deal to buy diamonds from Russia so that they could continue to control world supply.

The volume of small gem grade diamonds now held by De Beers meant that they actually had to change public perceptions of small diamonds in order to avoid a buildup of the Soviet diamonds in their vaults. Previously, large stones had been the popular choice for westerners. De Beers launched a massive advertising campaign to counteract this, promoting rings and jewelry made up of multiple smaller stones in preference to single large stones. As a result of this, the smaller diamonds became highly sought after. This is reflected by the fact that the size of an average stone fell to 0.28 carats in the mid 70s – down from an average of 1 carat per stone in the 40s.

Although De Beers was able to continue selling small Russian stones, as time went on they began to struggle to keep up with the pace of production from the Siberian mines, which were producing far more diamonds than could be explained given the size and scale of operations. The secrecy surrounding the Russian mines has made it hard to find reliable information even today. However it is worth noting that in parallel with their program of exploration and mining for diamonds, Russian scientists had been working on ways to synthesise diamonds in the laboratory. They had been producing abrasive grade industrial diamond powder since the 60s, but had continued to develop their technology to the point that they were able to produce marketable, clear gem quality lab created diamonds which stood up to examination from trained gemologists. It is said that these stones were not cost effective to produce, but one can imagine some Tesla-esque advance in the technology being used to produce diamonds at a profit. It’s interesting to note that the machines use to produce the current popular ‘Chemical Vapour Deposition’ diamonds in America were reportedly sourced from Russia in the 90s.

Since their creation, Russian diamond mines continued to expand, and the diamonds mined now account for a significant component of GDP – particularly in some areas. Almost all modern diamond production in Russia occurs in the Sakha Republic, with these stones accounting for up to 25% of annual world diamond production and valued at US$1.5 billion. Although an important part of the region’s economy, mining operations are not without some controversy and undesired side effects. Pollution caused by mining, including some nuclear explosions intended to expedite the diamond mining process, have affected the river systems which are relied on as part of the drinking water supply. Work to manage pollutants and improve the quality of water continues, particularly in the Lena river basin – the largest river system in Russia.

The Kursk was one of Russia’s most advanced submarines so it was a shock as well as a complete tragedy when the vessel was shattered by an explosion that was to cost 118 lives. The events of that day, back in August...