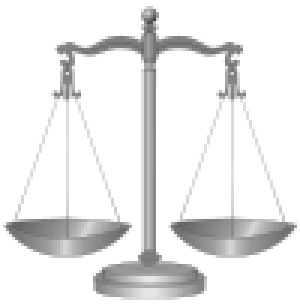 It’s widely claimed in the international press that the Russian mafia has emerged over the course of the last ten years to become the most effective crime unit in the world. But who are they and what do we know of the Russian mafia history?

The term ‘Russian Mafia’ is widely used, not just for one organisation but for a group of crime syndicates in the former Soviet Union. Chiefly however, the term is used for groups in Russia and the Ukraine.

In Russia itself, the generic word for the many syndicates that exist is ‘Bratva’ meaning brotherhood.

Although Russian mafia history has come to the forefront in recent years, there is a long history of organised crime in Imperialist Russia and in the former Soviet Union.

In Tsarist times, groups of thieves and bandits roamed the country and while many were individuals with no allegiance, others formed organised gangs.

The real growth began during the Stalin era however with the rise of the Vory v Zakone – thieves in law. This was the point where a code of honour was established, the chief rule being that co-operation with the authorities was forbidden.

In World War II, some prisoners disobeyed this code and enlisted in return for a reduced sentence. If they were lucky enough to return from active service, they were often tracked down and killed.

With the Soviet Union on its knees, 1988 saw a law passed allowing private entrepreneurship. This was essentially a green light for black markets.

The system was unregulated in terms of the security of the market economy and with the Soviet Union about to collapse, leading officials joined in with the country’s new crime wave and matters quickly began to spiral out of control.

A countrywide financial crisis led to a widespread collapse of morals and one of the most notorious early crime rings set about organised prostitution, most notably the Rizhsky Market, which set its stall out at the Rizhsky railway station in Moscow.

From this point, there was no stopping the rise of organised crime in post-Soviet Russia and the growth continued unabated over the next twenty years.

There are many individual gangs within the overall ‘bratva’. Of these, the Solntsevskaya Bratva are claimed to be the most powerful, having been formed back in the mid 1980’s as a breakaway from the original ‘Vory’.

Outside of Moscow, the most influential syndicate is arguably the Tambov gang which operates in St Petersburg. The gang were one of the first to emerge after entrepreneurial restrictions were lifted in 1988 and for most of their existence, their chief involvement in the overall crime wave is in protection racketeering.

The Orekhovskaya gang were another of the earlier syndicates who appeared in the late 1980’s but in time, they were to merge with the Solntsevskaya Bratva.

By the very nature of its subject, Russian Mafia history is a little hard to reproduce in every tiny detail but this is a concise guide as to how the most powerful crime force in the world came to be.