A Sochi court kicks Alexander Lebedev out of the race to become Sochi’s next mayor. 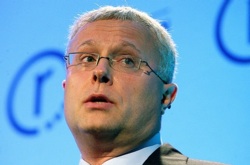 Sochi’s District Court ordered yesterday that Alexander Lebedev be struck from the ballot to become the next Sochi Mayor.

According to the court, Lebedev was incorrectly (“illegally” was the word they used) registered in by the city’s Election Committee.

Cue the usual claims and the usual articles in the Western Press about suppression of democracy and Russian President Medvedev’s weakness in being unable to promote genuine democracy. The Guardian, for example, report that:

“Election fixing in Russia is depressingly routine. But there had been hopes that the poll in Sochi would be a genuine contest given the high levels of media scrutiny and the fact that the resort is hosting the Winter Olympics in 2014. Some also saw it as a sign of a Medvedev thaw.”

They go on to quote Lebedev blaming the court’s decision on “Sochi’s bureaucrats [who] were extremely keen to avoid a run-off, which would be triggered if no candidate won more than 50% of the vote.”

Other than Anatoly Pakhomov, the incumbent mayor who has the backing of Vladimir Putin, the only remaining candidate of note is Boris Nemtsov.

Nemtsov is a local boy, born in Sochi, and used to be Russia’s Deputy Prime Minister. However, since the heady days when he was spoken of as the favourite to succeed Yeltsin, his star has dramatically fallen, and he’s become an outspoken critic of Putin. The last time Nemtsov got real press coverage was when he withdrew from the 2008 Presidential race for fear his votes would take away from Mikhail Kasyanov (remember him?). It will certainly be interesting to see how Nemtsov gets on in the Sochi election, and how his residual popularity combined with local boy status holds up, but I’m not sure anyone really expects him to put up a serious challenge.

The quote that particularly interested me from the Guardian’s article, though, was this one from Sergei Mendeleev, a member of the election committee that (“illegally”, remember) approved Lebedev’s candidacy. Mendeleev is quoted as saying:

“This raises serious questions about the legitimacy of the election here in Sochi. The judge’s decision is absolutely without precedent. We don’t agree with it. It also isn’t clear how we are supposed to implement it since we’ve already registered Lebedev. As far as we are concerned he’s still a candidate.”

Which rather sets the scene for an interesting confrontation over the next few days, don’t you think?

If the election committee are going around raising “serious questions about the legitimacy” of Sochi’s election, that’s going to be embarrassing for the Russian government. Can they afford to have the legitimacy of elections in their showpiece Olympic city dragged through the mud by their own ‘democratic’ institutions?