The British Council’s Russian staff are questioned by the FSB, and the son of a prominent former British politician is arrested as tensions rise 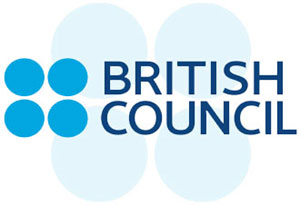 The British Government has today accused the Russian authorities of the “intimidation and harassment of British officials.”

The accusations come after many of the Council’s Russian staff were questioned yesterday by the FSB.

Every other Russian member of the Council’s staff was reportedly visited at their homes late at night by Interior Ministry officials, although no reports of the conversations that took place have emerged yet.

Stephen Kinnock, a Director of the British Council, and son of Neil Kinnock, a prominent former British politician, was also arrested by Russian police late last night for a breach of traffic regulations. He was briefly held at a St Petersburg police station before being collected by the British Counsul General.

The British Government is, as you would imagine, not happy. The Russian Ambassador was summoned to receive a formal protest, and the Foreign Minister David Miliband told press:

“Any intimidation or harassment of officials is obviously completely unacceptable.

The British Council have also issued a comment to the press:

“Our main concern is for the safety and security of our Russian and UK staff. We are deeply concerned by these incidents,” said a statement from the council this morning.

“We can confirm that last night Stephen Kinnock was followed, stopped and subsequently released an hour later by Russian authorities.

“We can also confirm that our Russian national staff, in both St Petersburg and Yekaterinburg, were yesterday summoned for interview by the FSB at their headquarters and subsequently visited in their homes late last night by officials of the Russian ministry of interior.”

Quite rightly, the British Council have focused on the welfare of the Russian national staff who work for them. Because they’ll be feeling much more nervous today than the Council’s British employees, who will just be reassigned to another country at the end of this affair.