It looks like Baltika Beer are expanding into the British market in a big way, and it looks like conquering London is just the first phase of Baltika’s ambitious plans.

Not only did I see big, bold Baltika adverts in each of the free London papers earlier this week, but they’ve taken to advertising on the London Underground: 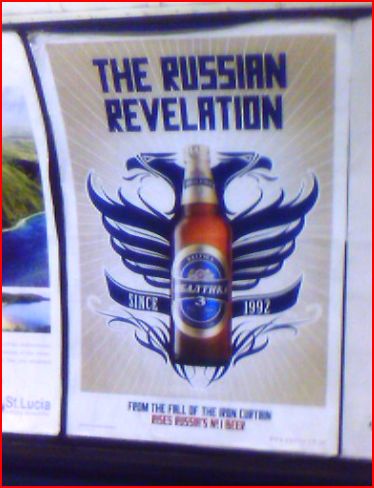 Some advice for the Russian government