Blog > A map of the Russia-US anti-missile dispute
Blog

A map of the Russia-US anti-missile dispute

This beautiful map from Kommersant graphically demonstrates why Russia is concerned about the proposed US anti-missile system in Poland and the Czech republic.

If the US plan goes ahead as expected, high powered radars from Poland will be able to cover all of European Russia, and a good chunk of Siberia as well: 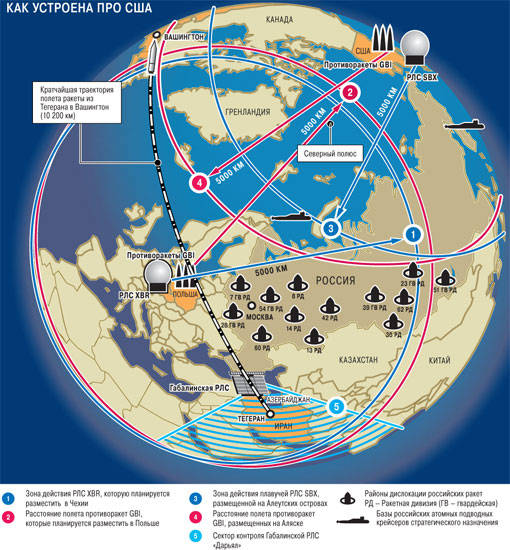 At the same time, it illustrates just why Central/Eastern Europe is such a perfect site for this anti-missile system.

(Hat tip: Cyrill Vatomsky, who posts his thoughts on the issue here).