Andy
3 min read
After 20 years of hard work, Russian scientists this week announced that they had drilled through 2.2 miles of Antarctic ice and finally reached the subglacial Lake Vostok.

A breathlessly excited Alexander Yelagin, head of the Russian Vostok mission, told reporters that “An event that has been keeping the world scientific community on tenterhooks for the last few months occurred on February 5 at 8.25 p.m. Moscow time… specialists with the glaciological and drilling unit of the 57th Russian Antarctic expedition through deep ice borehole 5G penetrated the relict waters of sub-glacial Vostok.”

Is there life in Lake Vostok?

It has long been suspected that Lake Vostok, which has been cut off by ice for tens of millions of years, contains life forms that will have developed along a separate evolutionary path. The question is important not just because of what it will tell us about the development of life on earth, but because of what it might tell us about the chances of life developing on other planets – for example Europa, Jupiter’s icy moon, or even below the surface of Mars.

Russian scientists have big plans to test this theory. Their next step will be to take samples from the lake, to establish whether any life exists so far below the Antarctic ice. Although, unfortunately for the impatient among us, they’ll have to wait until the Antarctic summer begins in May to start work on this.

The lake is thought to be more than 300 metres deep, though, and it may take some time to establish whether or not there is life under Antarctica. The first samples will only be taken at the surface of the lake, so even if they don’t contain any life it is still quite possible that life exists deeper down, and robot probes are also being developed to explore the lake further. 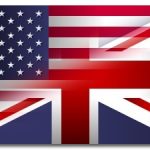 The British and American teams have an edge over the Russians, in that they are using much more modern hot water drills, which can drill through ice in a matter of days and not years. Rather boringly each of the teams seems to be stressing that it’s about bringing back scientific knowledge, and not who is first:

“It’s not a race for penetrating a glacial lake,” said Martin Siegert from the British team drilling down to Lake Ellsworth. “We’re not adventurers. We’re doing science. There are questions we’re asking and trying to answer.”

But, frankly, who is he trying to kid?