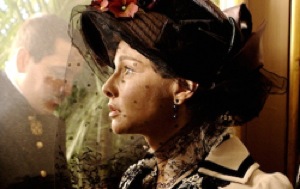 Headlining the festival is Anna Karenina, film director Sergei Soloviev’s adaptation of the Tolstoy classic. The film, shot on location at Tolstoy’s former estate at Yasnaya Polyana apparently took 14 years to make, and is the final part of his ASSA, ASSA 2, Anna Karenina trilogy.

Other new premieres include the aforementioned ASSA-2, an adaptation of Chekov’s Ward 6, Paper Soldier, a drama set in the Soviet space program of the 1960s, and The Event, which is based on a play by Nabakov. I don’t know about you, but it seems to me that Russian film at the moment is rather retrospective, borrowing heavily on either history or the old masters, rather than bursting with fresh new ideas.

More interesting (to me at least) films on offer include the controversial mockumentary (fake documentary) Russia 88, which investigates the rise of nationalism and xenophobia in Russia, and the co-produced Japanese-Russian animation First Squad, which introduces anime superwarriors to the German Army in 1942, against which the Soviet heroes are unable to defend – until, that is, a 14 year old girl starts recruiting the souls of her dead friends from the underworld.

Most interesting of all, though, promises to be the series of Soviet musicals. I must confess that, until now, I had never really realised that there even was a Soviet musical genre, but I’m really looking forward to watching films like The Shining Path, Spring, and Volga-Volga, which I understand was supposed to be Stalin’s favourite film. And indeed, how could the tale of two amateur theatrical choirs from the Urals fail to warm the heart of even the most ruthless dictator?

This festival of Russian films is a part of the 53rd London Film festival – the films themselves will be screened at the Apollo Cinema, and panel discussions will be hosted at the BAFTA. For more information about the 3rd Russian Film Festival in London, including details of how to book tickets, visit the official Academica Rossica website.