Those that are unfamiliar with the world of film may be surprised to know that there is a rich history of Russian actors in Hollywood. Since the collapse of the Soviet Union the list has obviously increased but there have been some that made their mark since the very early days of celluloid.

Interestingly, some of the Russian actors that have made it big in Hollywood have found their greatest success by becoming more American than actual Americans. Conversely, most Russians portrayed on film aren’t actually Russians – they’re often American or British actors putting on a Russian accent. Check out our article on Russian Bond Girls for the perfect example – you’ll probably be surprised to discover that none of them have ever been portrayed by a Russian actress.

Here is a list of some of the best.

One of the most famous Hollywood actors was born in Vladivostok back in 1920. Yul Brynner was a late developer as far as acting was concerned and only took up the profession when he arrived in the US in 1940.

His heritage and brooding appearance made him a perfect cast for Westerns such as the Magnificent Seven but his most famous role saw him portray the King of Siam in the legendary Hollywood Musical The King and I. 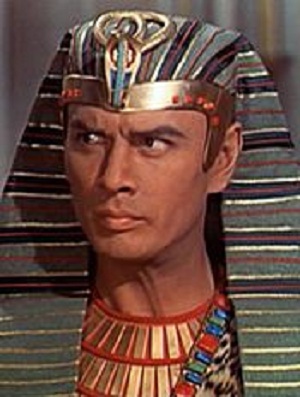 Sadly, Brynner died at the relatively young age of 65 which left the world with a brief but extraordinary career from arguably the most famous Russian actor of all time.

A household name, even to those who aren’t regular filmgoers, Jovovich is claimed by many Russians, even though she was born in Kiev in 1975. Her most famous roles have seen her appear in such notable films as Resident Evil and The Fifth Element.

A naturalised American, her Soviet birth leads to her rightful inclusion on the list.

Born in Leningrad in 1989, Yelchin is the youngest actor on this list and his Hollywood roles include a legendary Russian character.

Pavel Chekov has been a stalwart of the Star Trek crew ever since the first television series began and Yelchin was proud to play him in the eleventh big screen incarnation of Star trek. A child star who has appeared on the big screen since the age of ten, he has also appeared in Along Came a Spider, You and I and Terminator Salvation.

Talking of Chekhov however…

As the first actor to play Pavel Chekhov, Walter Koenig deserves his inclusion, even if he was born in Chicago in 1936.

Keonig’s family were Russian Jewish immigrants to the US and his heritage made Koenig a perfect choice for one of the most famous Russian film characters.

Another actor born in America of Russian parents was Natalie Wood. Her father was from Vladivostok and her mother from Barnaul, in Siberia. As a result, Wood was a fluent Russian speaker, and often referred to herself as a Russian.

Wood acted from the age of four, and is perhaps most famous for her role in the Christmas movie Miracle on 34th Street, which she starred in aged just seven. A long Hollywood career followed, including starring roles in West Side Story, Splendor in the Grass and the James Dean classic Rebel Without a Cause. In total she received three Oscar nominations – two for best actress and one for best supporting actress.

Another actor born in Leningrad, Khabensky is a cult hero for many film fans after appearing in the classic Night Watch back in 2004.

Khabensky’s other film credits include the Day Watch sequel in 2006 and the much acclaimed remake of Tinker Tailor Soldier Spy in 2011.

That may be a surprising entry on the list, but one of the most famous actors of his generation has a rightful, albeit rather tenuous claim for entry onto this list.

Al Jolson, star of the legendary film The Jazz Singer was actually born in Seredzius in 1886. The town now forms part of Lithuania but back then was included in the Russian Empire and as such, Jolson makes a curious and worthy addition to the list of Soviet and Russian actors in Hollywood.