Moscow is one of the most densely populated cities on earth and while some claims in 2012 state the population is reaching something like 17 million people, the last official census, taken in 2010, tells a rather different story.

At the Moscow census carried out in 2010, the official figure given for the number of people living in Russias capital was 11,503,501, making it the most populous city in Europe by some distance from London, its closest rival which claims around 7.7 million inhabitants.

In comparison, the previous census, carried out in 2002 showed a final figure of 10,382,754 which represents an increase of over a million Moscow residents in eight years. 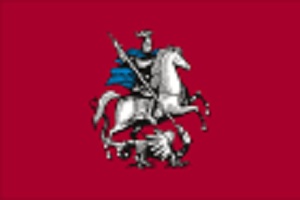 Of those eleven and a half million people, over 91% were shown to be ethnic Russians with a final number just under the ten million mark. The remainder of Russias population was drawn from a wide and diverse range of groups including Ukrainians, Chinese, Armenian, Vietnamese and many others.

In addition to the eleven and a half million people declared on the 2010 Census, it was also reported that Moscow was home to around 1.8 million unofficial guests who were without permanent residency at the time.

A significant but steady increase in population from 2002 to 2010 is indicative of Russia as a whole and there may be two main reasons as to why that was the case.

In the country as a whole, the population is rising as life expectancy, particularly amongst males has shown a small increase for the first time in living memory. This could be partly down to policies restricting the sale of cheap vodka, which in turn contributes to one of Russias main factors in the rates for early death  alcoholism.

Of course, there are other reasons too with an increase in immigration from neighbouring countries and an increase in Moscows prosperity and job market.

In June 2011, the Moscow Times published a story that argued against the findings of the 2010 Census while claiming that the citys true population could, in reality, have breached the 17 million mark  an increase of more than 50% on the Census results.

The report blamed a vast influx of migrants, both legal and otherwise that had thwarted attempts by the authorities to track them down sufficiently and it suggested that the Census estimate of 1.8 million unaccounted for guests was woefully inadequate.

The article also denied that the relative birth and death rates had any effect on final figures and quoted extensively from Oleg Pachenkov, deputy head of the Centre for Independent Scientific Research.

Everything happens in Moscow, first and foremost in economic life, Pachenkov said. We need to change the situation in other regions to move the flow of migrants away from the capital.

Officially however, the Moscow population 2012 can only draw on the results from the 2010 census and as such, the official population for Russias capital city currently stands at just above eleven and a half million citizens.