Rossiya Russian Airlines is the second state carrier of Russia (the first is, of course Aeroflot). Rossiya Airlines operates most of its flights into and out of St Petersburg Pulkovo airport.

Rossiya was formed in 2004 from the merger of two other Russian airlines – Pulkovo Aviation and State Transport Company Rossiya (STC Rossiya). The merger came about following a Presidential Decree (No 1119, August 24, 2004, in case you’re interested), and was undertaken as a part of the Russian Government’s then programme to consolidate some of its airline holdings. The Russian Government currently owns 100% of Rossiya Russian Airlines.

Rossiya today flies on many routes, both within Russia and internationally to Europe, Asia and other CIS countries. In total it has 70 routes in Russia, 22 destinations throughout the rest of the CIS, and 36 destinations in the rest of Europe and Assia. It carries approximately 3 million passengers on flights to Russia, from Russia and around Russia every year.

Like Aeroflot Russian airlines, The Rossiya fleet is mostly made up of Airbus and Boeing planes. 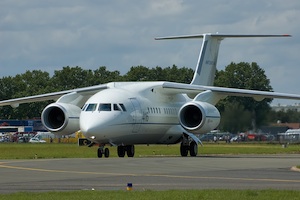 In October 2009, Rossiya took delivery of the very first Anotonov An-148 plane. The An-148 is a regional jet aircraft, with a capacity of 68 passengers. The An-148 was soon in regular services on the St Petersburg to Moscow route. Today, Rossiya has four An-148 jets in its fleet, and has ordered two more. However, there are concerns that the An-148 that it is proving costly for the airline to run – Rossiya’s General Director Sergei Belov has reported that the An-148 had higher operating costs than Boeing 737s, and that it’s lease costs were approximately 30% higher, meaning that it needed to be run for more hours per day in order to be profitable.

The future for Rossiya is gloomy however. Russian Prime Minister Vladimir Putin announce in February 2010 that, in order to further consolidate the Russian airline industry, Rossiya would be merged with the main state airline, Aeroflot. It is expected that the merger will be completed by the end of 2010, after which Rossiya will become a part of history.