While Roman Abramovich manages to shield much of his private life away from the glare of the world’s media, information regarding his many houses across the globe is easily available.

The press in some parts of the west are obsessed with celebrity and with spending and, every time the owner of Chelsea football club opens his wallet, readers who are interested are given as much copy as they can digest.

Roman Abramovich has been well known to the world’s press ever since he took over at Chelsea in the mid 2000’s. However, every major house purchase is faithfully recorded for the newspaper readership to pore over.

As recently as August 2011, Abramovich hit the headlines with his purchase of a £90m, 15 bedroom mansion in Kensington Gardens. This particular area of West London is colloquially known as millionaire’s row and the Abramovich residence was reported to be holding a tennis court, a health centre and a private museum for its owner’s six vintage Ferraris. 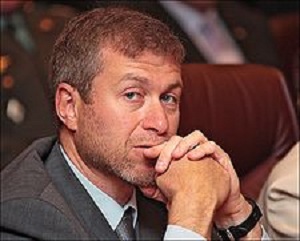 Impressive though this may be, the £90m spent here wasn’t in fact the highest amount that Roman Abramovich has spent on property in a single transaction.

A frustrating encounter with the National Trust

A west London base is perfect for Abramovich’s UK business deals and is of course just a short trip from Chelsea football club and their home ground at Stamford Bridge. However, attention was switched to Kensington Gardens after a frustrating attempt to redevelop a building compromising of nine flats in nearby Belgravia.

Back in 2010 it was reported that Abramovich had purchased the sprawling property with a view to converting it into a single dwelling for himself and his new family. Legal issues followed however and the major problem concerned the fact that the National Trust held a 50% share in the freehold of the property and under the terms of the agreement, the new owners would still have to open up parts of the house and gardens to the public at certain times in the calendar year.

Frustrated with delays and legal wrangling, The Abramovich’s turned their attentions to Kensington Gardens.

Incredible sums of money have therefore changed hands on these two houses alone but they only represent a small fraction of the total Roman Abramovich property portfolio.

At the start of 2011, Abramovich had to declare his total wealth under Russian anti-corruption laws as he prepared to stand for re-election to the parliament for the province of Chukotka. The report at the time revealed that he owned a total of sixteen homes across the world including seven in the UK, although this was compiled before the purchase of Kensington Gardens.

The acquisition of the two London properties will continue to hit the headlines for a time and reports are unclear as to the current position with the National Trust. For the time being at least, the main Roman Abramovich house in the UK can be found at Kensington Gardens, – Millionaires’ Row, or in the case of its new resident, Multi-Billionaires’ Row.